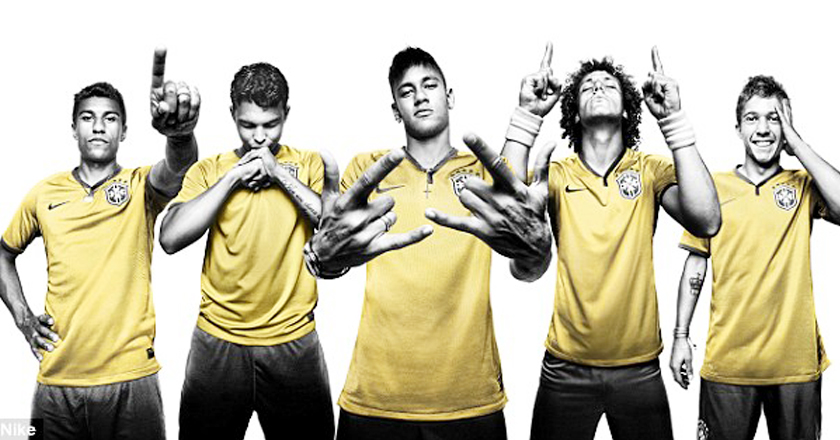 Whatever Nike does, it surely does it with style.

The boys, looking positively dashing in their jerseys, were photographed in unique dramatic poses. The World famous “master of portraiture”, “Platon” conducted the photo session for Nike and came up with the ingenious idea.

In a post on the blog of his photo agency, Platon commented, “It’s a project of epic proportions and the people at Nike supported me to do this.”

Nike’s artistic photography campaign by Platon is being claimed as “the lineup of all lineups”. With FIFA 2014 just months away, Nike’s preparation and activities for the World Cup are in full swing.