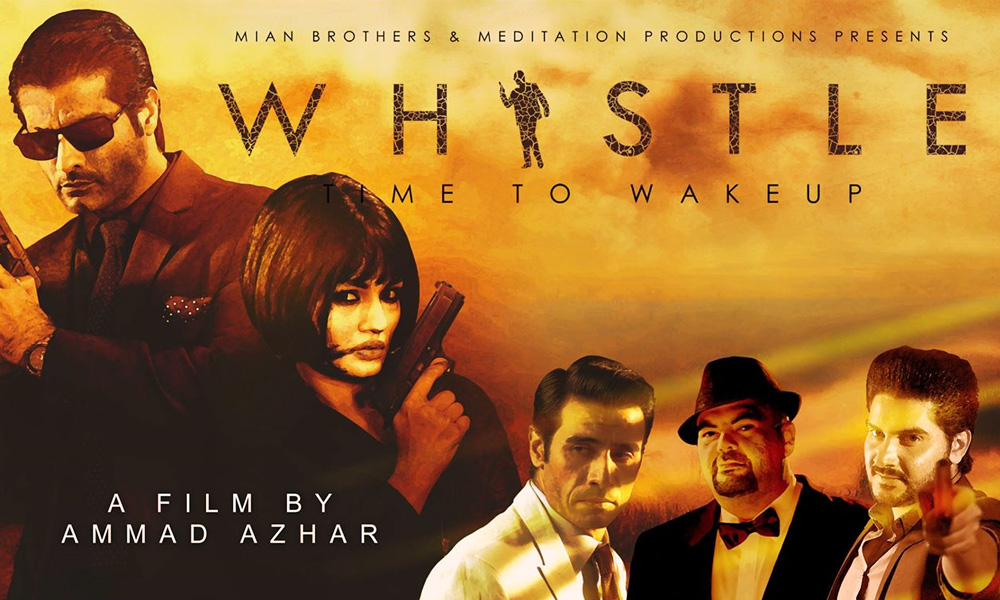 The first trailer of the Pakistani action thriller film Whistle, that features nationalism in the story was launched here with the theme of “Time to Wake Up.”  Whistle produced under the banner of Mian Mohammad Yasin and directed by Ammad Azhar revolves around the duties of nationalism ad steps against drug trafficking.

The story has been written by Shafaq Ahmad and scripted by Mirza Naeem Baig and Ammad Azhar, whereas Farhan Ali Agha is playing the lead role in the film. The story revolves around an ANF (Anti-Narcotic Force) Officer Ramiz (38 yrs) and Natalia (34 yr old lady) who works for the Drug Mafia.

Director of the film, Ammad Azhar while explaining the plot of movie said, “Whistle focuses on the main issue of drug trafficking and how our prestigious institutions are dealing with this problem.”

“We are making this film to show the damages this problem is causing to our youth and also how our organizations are working to counter its effects,” he added.

See the pictures from the launch event below:

According to the makers of the film, such projects tends to be a great help in creating awareness among youth about the dangers of drug addiction and trafficking.

The film is expected to highlight the main areas and the efforts in combating drug trafficking in the region. Whistle is all set to release on March 23, 2016.