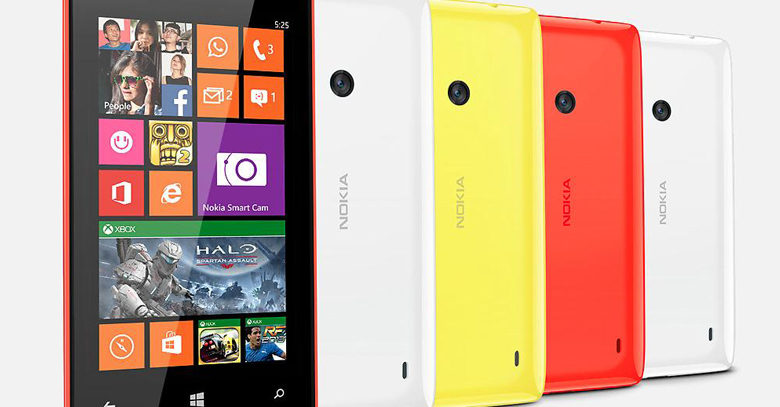 The long spread rumor about Nokia launching a new Windows phone has been declared true. The best selling Windows 8 phone, Nokia Lumia 520, has been succeeded by Lumia 525.

Almost the same as its predecessor, Lumia 525 has one major change. While Lumia 520 has a 512MB RAM, which created a problem for apps that require a larger RAM size, the new Nokia Lumia 525 sports a 1GB RAM.

It features a 5 megapixel rear camera with 720p video recording, a 4-inch WVGA screen with a resolution of 800×480 pixels, an 8GB internal memory extendable via microSD card, and a 1GHz dual core SnapDragon S4 processor. Available in Black, White, Orange, and Yellow removable backs, users can switch covers according to their moods.

A few things that this model lacks are a front camera and a flash, which most people were looking forward to in the new model.

The new model will be launched in Asia Pacific, Africa and the Middle-East, with the initial release being in Singapore on the 14th of December ’2013; however, the new Nokia Lumia 525 will make a delayed entry in Pakistan’s market in February 2014.