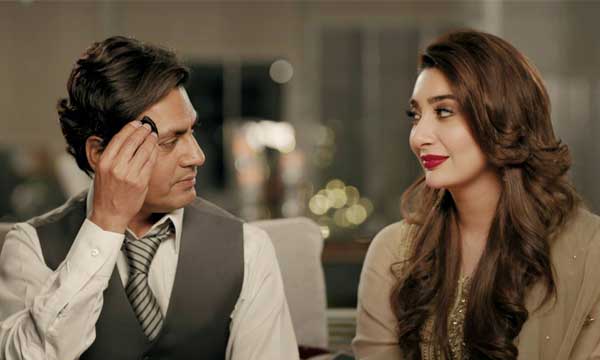 Nawazuddin Siddiqui is on a roll these days. After rocking his role as ACP Majmudar in Raees, the actor is all set to win hearts again by marking his debut on Pakistan’s Television screens with the Man Mayal beauty,  Ayesha Khan! The duo has become the new face of Kenwood and we are loving it as they work their magic in the brand’s latest commercial, touting its new DC Inverter.

Surely, Khan and Siddiqui look amazeballs as a couple!

The TVC narrates a sweet and sour moment between the pair, depicting how Nawaz accidently gushes about a woman in front of Ayesha and starts panicking when he realizes he is in deep trouble! We bet so many Pakistani husbands will relate to this hilarity.

Watch the TVC for yourself here!

This is not the first time Kenwood has used such an advertising strategy to promote its air-conditioners.  Back in 2014, the brand kickstarted its series of story-based commercials to create an emotional bond with its customers. Its adverts for “Khush Raho” series won the hearts of the audience and were lauded by the critics, making the brand bag several accolades.

By roping in the Bollywood actor, Nawazuddin Siddiqui alongside Ayesha Khan who is a household name in Pakistan, Kenwood has raised the bar this time around. With star appeal oozing in the advert, the TVC is bound to grab eyeballs and become a hit amongst the masses!

What do you think about Kenwoods TVC ft. Nawazuddin Siddiqui & Ayesha Khan?