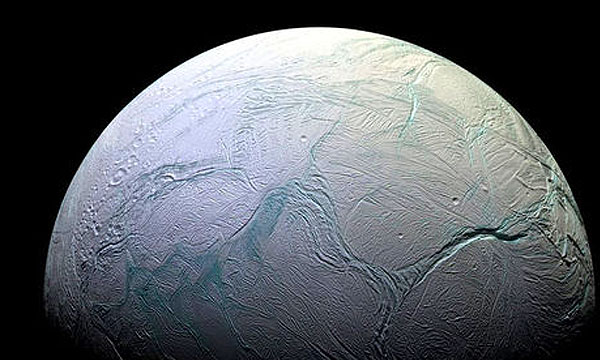 An unmanned NASA spacecraft is about to make its deepest dive ever into the icy spray emanating from the underwater ocean on Saturn’s moon, Enceladus.

The tiny moon orbiting the sixth planet from the sun stunned scientists when they discovered it had an icy plume in 2005.

After years of observations, NASA announced earlier this year that Enceladus definitely has a subterranean ocean, widening the search for alien life in our solar system.

While the Cassini probe’s flyby on Wednesday will not be able to detect if there are life forms in the spray, scientists hope the close pass will give them new insight into the habitability of the extraterrestrial ocean.

“This daring flyby will bring the spacecraft within 30 miles (48 kilometers) of the surface of Enceladus’s south polar region,” NASA said in a statement. “The encounter will allow Cassini to obtain the most accurate measurements yet of the plume’s composition, and new insights into the ocean world beneath the ice.”

The flyby should take place at 1522 GMT on Wednesday, though the scientific data it collects may not be published for months.

Scientists hope that the trip will tell them how much icy material is emanating from Enceladus, and perhaps what kinds of complex organic molecules it contains, though not with enough detail to determine if anything is alive.

Cassini is the first spacecraft to orbit Saturn, and it has been circling the planet since 2004.

It is making a series of flybys of Enceladus, including a final pass in December.