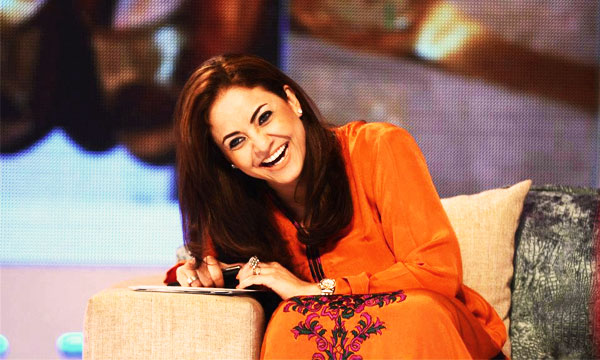 Nadia Khan is all set to make her comeback on morning television with GEO TV’s morning show. Wait! Haven’t we heard this before? Yes, it’s true. Previously, Nadia used to host the ‘Nadia Khan Show’ on GEO, which set the trend for morning shows in the television industry.

Formerly, Shaista Lodhi used to host the morning show. She left the channel after a controversy forced her into exile.

GEO’s new morning show is set to go on air in the first week of September.

An official deal between GEO and Nadia has already been finalized and the program promos will be up and running soon.

Nadia turned anchor for ARY Digital’s morning show Breakfast with Nadia. The show went on air from Dubai in the year 2003.

In late 2006, Nadia moved to GEO TV to host the Nadia Khan Show (Geo Mazay Say), which was a live chat and interview show. She interviewed a variety of Pakistani celebrities, artists, performers, religious leaders, athletes and politicians.