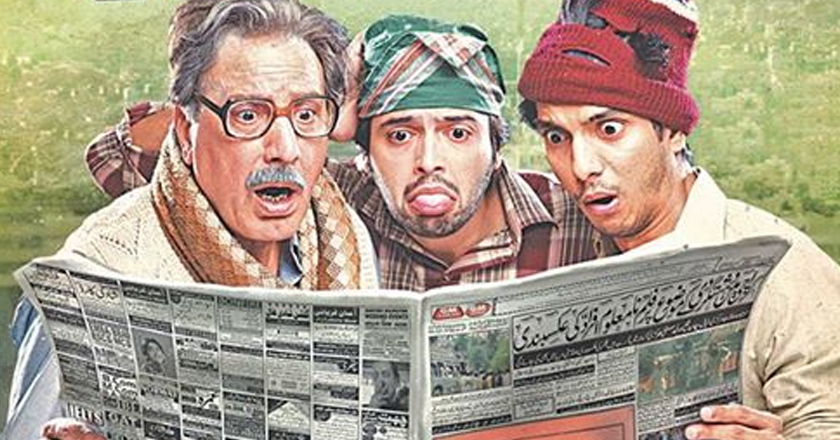 Na Maloom Afraad is a much awaited Pakistani movie. The script is mainly a social comedy, thriller which is directed by Nabeel Qureshi and produced by Fizza Ali Meerza. The film features Pakistani television veterans Javed Sheikh, Fahad Mustafa and Mohsin Abbas Haider in lead roles, along with Salman Shahid, Urwa Tul Wusqa, Kubra Khan, Erfan Motiwala, Nayyar Ejaz, Salim Maira and Amber Wajid. Mehwish Hayat will doing a special appearance in an item song.The film is based on turmoil and chaos in the city of lights -Karachi.

Na Maloom Afraad is a story of three deprived ,struggling men, who are anxious to achieve their individual dreams and desires. The roles are played by Javed Sheikh, Fahad Mustafa and Mohsin Abbas Haider.

These characters are brought together by an incident which turns their whole life around and transforms their life into a thrilling roller coaster ride, full of caustic twist & turns. The three characters then run about the messy city of Karachi trying to pull off the silliest plan to save their love, life and asses.

The music of the movie is out now. The album was released on September 6th, 2014 along with release date; the movie is scheduled to hit cinemas on Eid ul Adha.

As for the music, the album includes 9 songs which are written by Sabir Zafar & Mohsin Abbas Haider. The tracks are composed by Shani & Kami, Vicky Haider and Naqash Haider.  The movie also includes and item song Billi shot on Mehwish Hayat .

Here, check out the whole album below!

What is your favourite song of the movie? Tell us on the Comment Section Below.