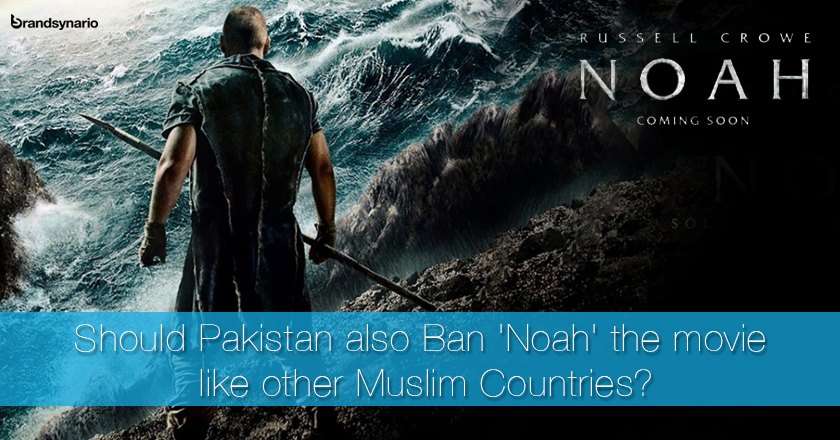 After being banned in many Muslim countries the film Noah has now been banned in Malaysia and Indonesia as well.

The movie has been barred due to allegedly disrespectful content shown in terms of depiction of Hazrat Nooh (A.S).

“The film ‘Noah’ is not allowed to be screened in this country to protect the sensitivity and harmony in Malaysia’s multi-racial and multi-religious community.”

The Muslim population makes up about 60 percent of the overall 30 million people in Malaysia, while theChristians represent a mere population of 9 percent.

At the same time in Indonesia, the head of Indonesian censor board ship, Muchlis Paeni banned the movie from being broadcasted in the country, with the following statement,

“We have to reject Noah to be screened here,” Paeni said. “We don’t want a film that could provoke controversies and negative reactions.”

Some  Indonesian’s were also found condemning the act, like the famous Indonesian film maker, Joko Anwar who tweeted, “The decision was very regrettable, so sad”

While there are some who opposed the move, there are many who support the act, the Indonesian Council of Ulama, the most influential Islamic body of the country, being one of the supporters welcomed and appreciated the action taken.

Noah the movie is a depiction of an incident from the rich history of Islam, involving one of the 25 Muslim Prophets from history, i.e. Noah aka Nuh in Arabic Language.

United Arab Emirates, Qatar and Bahrain have banned ‘Noah’ the movie, before its world premiere, on religious grounds.

Other countries are expected to follow their course including Pakistan, a country not alien to banning media properties on religious matters.

For sources, the highest Sunni body has given their official testimony declaring the depiction of ‘holy figures’, like Hazarat Nooh (AS), in art to be ‘forbidden’.

Whereas the official disclaimer says that the movie takes ‘artistic license’. As for the recent developments in this matter, countries like Egypt, Jordan and Kuwait are expected to follow soon in banning Noah from showing in their countries with Pakistan to follow next.

Certain religious scholars remark upon the matter that Islam does not encourage the depiction of holy figures for the sake of ‘art’. Previously, portrayal of Prophet Mohammad (S.A.W) has regularly ignited protests and riots in European and American media. Islamic countries have also been infuriated and enraged upon these religious blasphemies in the last decade, thus worsening social tensions with the West.

The $125 million movie that stars Oscar winning Russell Crowe and Anthony Hopkins stands debarred in all of UAE, Qatar and Bahrain as the representatives from paramount Pictures officially confirmed the media this week.

“The official statement they offered in confirming this news is because ‘it contradicts the teachings of Islam’,” the representative remarked, adding the studio expected a similar ban in Egypt, Jordan and Kuwait.

The movie is planned to roll out on March 28th in United States.