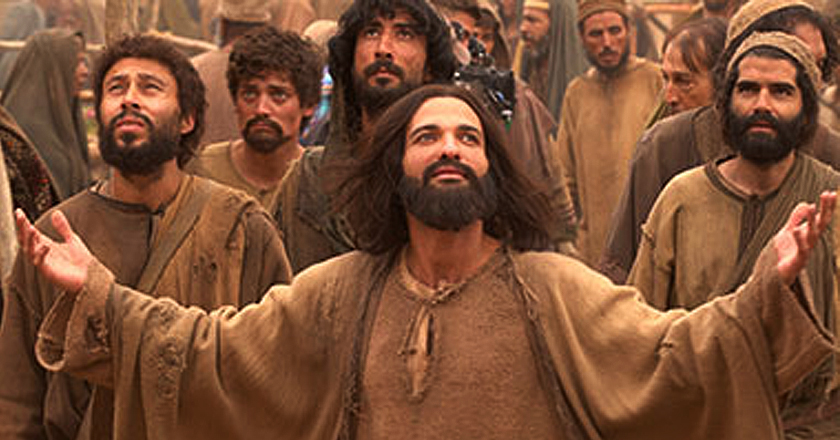 Killing Jesus, mini-series created by Fox News’ Bill O’Reilly is at the center of controversy and criticism just a day after its release yesterday.

The movie first caught attention when the producers hired Haaz Sleiman, a Muslim raised in Lebanon, to play the part of Jesus. Previously, almost all of movies centered around Islamic history have had European cast in titular roles of prophets.

While Christians and Muslims both criticized the selection of a Muslim to play the part of prophet Jesus for a controversial subject, the actor is proud of himself.

Haaz Sleiman justifies his role playing as an extension of Jesus’ teachings regarding the beauty of humanity and loving each other in spite of the differences.

The actor’s mother too gave him her blessings on landing the role of playing a Muslim prophet.

Haaz Sleiman explained how creating controversy initiates dialogue from opposing parties, in this case Muslims and Christians, and helps connect them eventually. He believes that the disturbance caused by his selection for the role just proves his point that they are standing up for something right.

Even the producer Bill O’Reilly, who claims the movie to be more of a historical narrative than a religious movie, believed that the Muslim actor “was the best person for the job” and that Jesus would hire him himself.

The movie was a subject of casting debate till yesterday when it was released only to receive more criticism on production.

The mini-series has already received poor reviews from The New York Times, Variety and The Boston Globe. With Christians, Muslims and critics condemning the movie for one reason or the other, it seems like the only people who appreciate it will be the huge fan base of Bill O’Reilly himself.