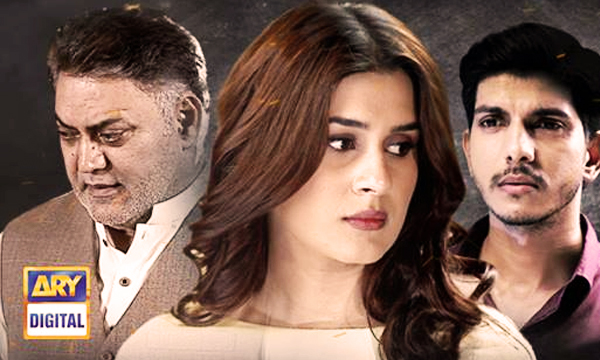 The Na Maloom Afraad famed Mohsin Abbas Haider made his drama debut with ARY Digital’s ‘Muqabil’ under the banner of Big Bang Entertainment alongside lead actress Kubra Khan, also his Na Maloom Afraad co-star.  Penned by Zafar Miraj, Muqabil is a drama serial that showcases Mohsin in an all new light.

His character is very different from the kind of roles he has done before and the story line is quite gripping!

Muqabil portrays the story of a young girl named Parisa, a reserved, shy girl with a strong headed, dominating mother. Parisa ends up getting married to Armaan (Mohsin Abbas) and Parisa starts finding solace in him.

Armaan gets very confused by the face why a girl like Parisa fell for a guy like and the story takes an unexpected turn that is bound to keep you hooked. Not every parent can provide their kids with all they desire but the least they can give them is love and attention!

#Repost @galaxylollywood with @repostapp ・・・ After films @mohsinabbashaider is all set to conquer the tv world. Here is a photo from the sets of his debut drama serial 'Muqabil 'with Saife Hasan and Kubra Khan. Yes, the same Kubra Khan who was last seen with Mohsin in 'Na Maloom Afraad' #MohsinAbbasHaider #KubraKhan

Armaan’s father, Asif Raza Mir, pertaining to a split personality disorder is unable to accept Parisa as his daughter in law and creates complication in their lives.

The timings for Mohsin Abbas Haider debut drama Muqabil is every Tuesday at 8.00 PM on ARY Digital.