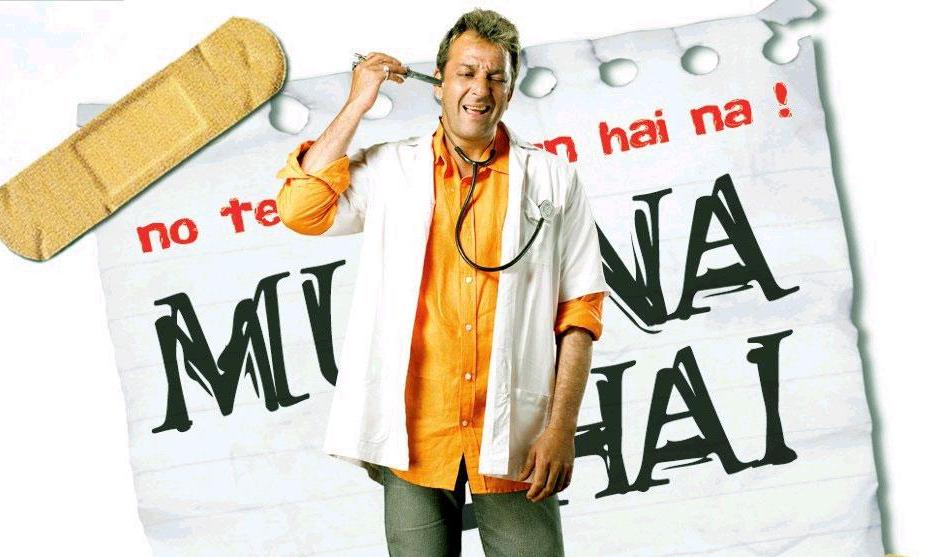 After a hiatus of 7 long years, the evergreen Indian character of the much-loved gangster Munna Bhai, played by Sanjay Dutt, is returning with its “Gandhigiri” and “Jadhu ki Jhappi” in Rajkumar Hiran’s Munna Bhai 3.

The first two movies  “Munna Bhai M.B.B.S” and “Lage Raho Munna Bhai” have cemented foundations of the franchise by being mighty commercial hits and making people laugh no matter how many times they watch it.

And now, Hirani has finally confirmed the rumors of Munna Bhai’:s  homecoming with Sanjay Dutt all set to play the hilarious lead role of the character.

“I am writing a script for Munna Bhai 3 and Sanju will star in it. He will be playing his age in the film. I spoke to him about the film recently and he was very excited”, revealed Raj Kumar Hirani in an interview to Hindustan Times.

The veteran director plans to commence the movie’s shoot after the wrap up of Sanjay Dutt’s biopic, featuring Ranbir Kapoor.

“I wasn’t doing it (the third part) because I hadn’t found anything that matched that level. However, now I have found it, but it will take some time to write it,” the PK director added.

Earlier, the teaser of  a movie named Munna Bhai Chale Amerika was also unveiled which heightened up the expectations for the third installment of the tale. But with Dutt’s jail sentence, the making of the movie was reportedly halted.

However, it has not been cleared yet by Raj Kumar Hirani if the Munna Bhai Chale Amrerika is the name of the part 3 of Munna Bhai.

Excited for Sanjay Dutt’s Munna Bhai 3? Let us know in the comments below.