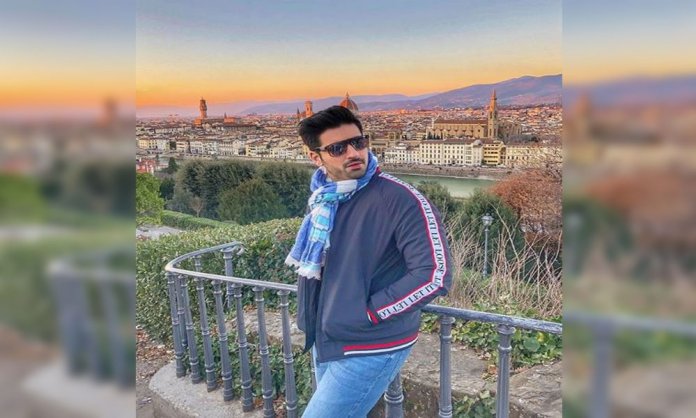 After their star-studded wedding ceremonies last month, one of the cutest couples of the entertainment industry Aiman Khan and Muneeb Butt are now in Rome, Italy for their honeymoon.

The duo has been posting their pictures from the trip and has been updating their fans and followers about it.

Each of their honeymoon pictures is literally doing rounds on social media and we just can’t help but adore this way too lovely couple.

We must say, Aiman and Muneeb are giving us some major couple goals now.

Have a look at their honeymoon pictures!

The couple is trending all over the internet!

However, we all know that internet spares no one, especially our celebrities. Similarly, Muneeb and Aiman have also faced a backlash for posting their honeymoon pictures and wasting money.

Such was this one Instagram user who commented on the actor’s latest pictures and schooled him for no reason.

However, Muneeb Butt took notice and clapped back at her with a savage reply. He said:

U paying my bills then what are u so worried about..?

A few weeks ago, Aiman Khan’s sister Minal Khan also hit back at an online troll and rightly told him to live them a peaceful life.

Have a look at Minal Khan’s reply