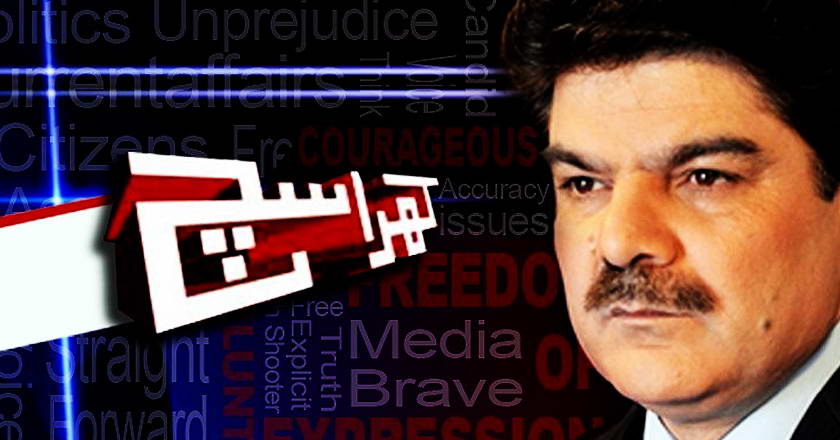 The latest accusations by Mr. Luqman were made in his show “Khara Sach” on Feb 4th, 2015 at the rating systems of Pakistani TV shows.

According to Mr. Luqman, “It (Urdu 1) was launched here as a new foreign channel that was to bring foreign shows dubbed in Urdu but there is no evidence that it’s a foreign channel.”

“It does not exist anywhere else but in Pakistan.” he further claimed.

In his show, the senior talk show host went as far as to say that Urdu 1 is run by an Indian group that was previously not allowed access to the Pakistani audience by the authorities; the group has found its way in our media through this loophole.

And that’s not all. Luqman bashed Gallup, saying that the company is not more than a two man army that works on old computers.

Watch the first part of the episode here:

He also said that there is no proof of Gallup’s operations as they had no filled or un-filled surveys to show them.

Luqman raised an important question pertaining to TV media ratings. He said, “Shouldn’t the Target Rating Point (TRP) be regulated? What is PEMRA doing in this regard?”

According to Luqman, there are about 30 fake accounts on Facebook and Twitter, operating in his own name. Among those accounts, there is even one that has 350k (350,000) followers and is preaching out loud.