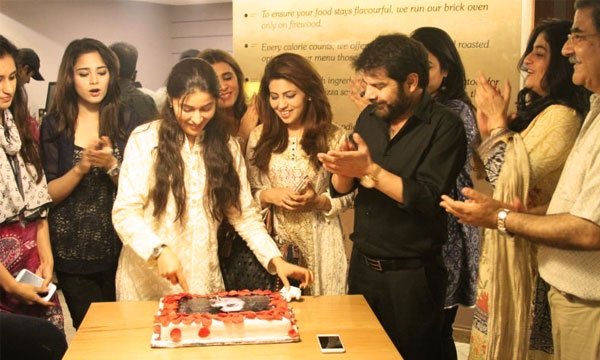 Last night he threw a welcome back party to the newly wedded Shaista Lodhi at Sweet Affair Lahore. This offered the chance to former host to relive and cherish her memories with her colleagues and friends.

In the party, Mubashir publicly apologized Lodhi for speaking against her in the blasphemy case. On the other hand, Lodhi gratefully extended her warm regards and gratitude for the preparations made.

Related: Shaista Lodhi is Back on Hum TV After Arrest Warrants

Lucman has recorded a show with Lodhi that will soon be aired on ‘Meri Jang’. In this show, Lodhi has spilled the beans on what she went through behind the screens.

Have a look at some of the snaps from the party.