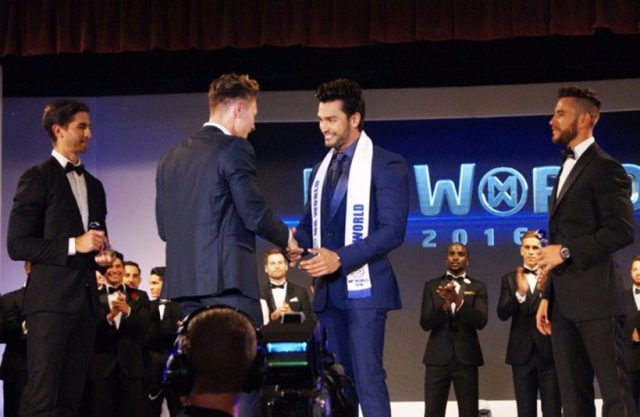 Rohit Khandelwal, a model and actor hailing from India, was selected out of 46 contestants who were trying to win the coveted title ‘the world’s most desirable man.’

The contestants had to go through different stages of lengthy interviews and challenging physical activities to become eligible for the title of the most desirable man in the world. Rohit Khandelwal was named the winner for the Mr. World 2016 beauty pageant held for men in Southport, UK. The 26-year-old Rohit is originally from Hyderabad and is the first man to have won the desirable title from India.

Along with retaining the title, he has also won an enormous cash prize of $50,000. Way to go, Mr. Khandelwal. “I still can’t believe that I have won the Mr. World title. Being the first Indian ever to win this title internationally makes me immensely proud and ecstatic,”said Rohit Khandelwal while talking to the media.