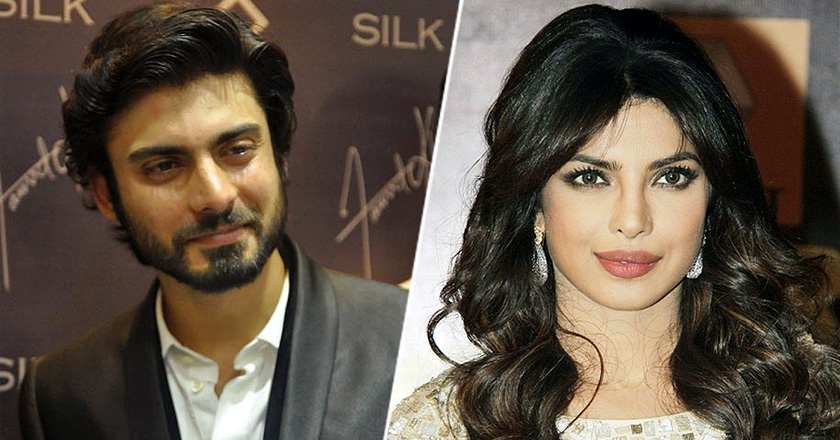 Bollywood Diva Priyanka Chopra is all set to star against our very own Fawad Khan!

Fawad, going from playing the princely hero to a womanizer, will be seen in a different role than what we have seen him do before.

Good luck to Fawad Khan for his new venture!

Pakistani heartthrob, Fawad Khan, is in line to replace one of Bollywood’s top Khans in the upcoming movie, Mr. Chaloo – a movie that revolves around a devious womanizer, who cons women into falling in love with him, and then cheats them out of their money.

According to an Indian newspaper, after monetary disputes with the producers, Saif Ali Khan walked away from the project.

After first approaching Shahid Kapoor for the role, who rejected the offer due to his ongoing project, Udta Punjab, Fawad Khan was approached by filmmakers Farhan Akhtar, Ritesh Sidhwani, and Reema Kagti, during the time when Fawad Khan was in India for the Filmfare Awards.

A deal for the movie, which goes on the floor in August, was soon finalized.

Considering how his Bollywood career has been so far, with Fawad Khan playing the role of an old-school, royal and charming lover, this will be a welcome change for the Pakistani heartthrob.

Earlier, Kangana Ranaut, who was supposed to play the leading lady, had backed out from the project, which prompted Reema Kagti to substantially change the script.

Who fills Kangana’s spot remains to be seen, but our Pakistani hero has taken over from arguably one of Bollywood’s biggest names.