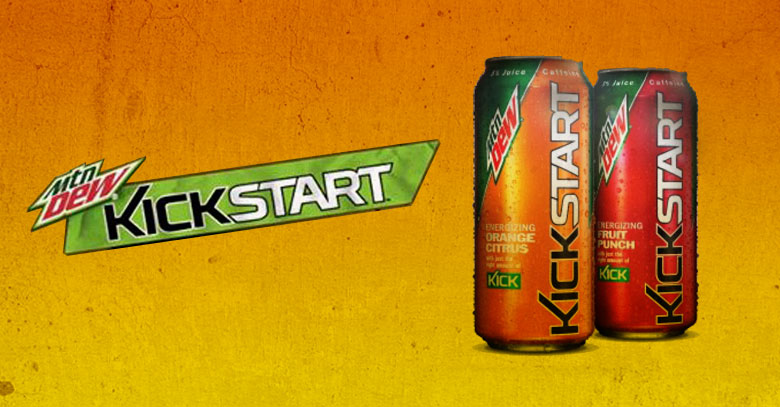 PepsiCo announced on 13th February that it was going to roll out a new beverage in the form of a fruit flavored Mountain Dew. The name of this beverage is Mountain Dew “Kick Start” and was launched on 25th February in America in Orange Citrus and Fruit Punch flavors.

Due to popular demand from consumers, who wanted an alternative to the traditional morning beverages which tastes great and contains real fruit juice, PepsiCo came up with the idea to introduce “Kick Start” which, as the name suggests, would kick start everyone’s morning. This new fruit juice has less caffeine than energy drinks and also fewer calories than other soft drinks. This makes it a healthier beverage to have in the morning and would act as an alternative to energy drinks and soft drinks which people consume.

Mountain Dew is a soft drink brand owned by PepsiCo. It was introduced in 1940 by Tennessee Beverage bottlers Barney and Ally Hartman. Later, in 1964, Pepsi-Cola acquired its rights and this led to an expansion in distribution in America and Canada.

Fruit juices are preferred by people in the morning instead of soft drinks and energy drinks and to capture that market, the introduction of the “Kick Start” Mountain Dew could prove to be a good move by PepsiCo.