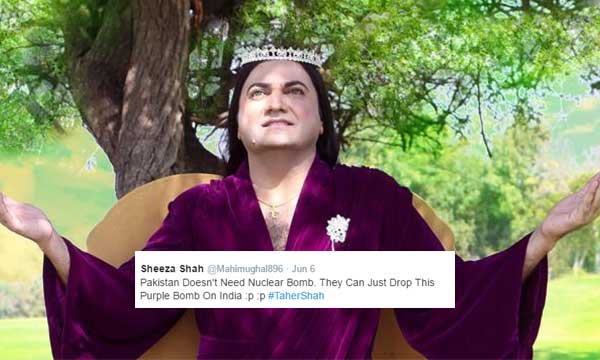 2016 has given us its fair share of entertainment. With the year coming to a close, it is finally time to put a cap to one of the most horrible and interesting year’s out there.

With not only some serious political drama going down in the shape of Sheikh Rasheed or a Chaiwala suddenly becoming the next face of Pakistani modeling, like we said, it has been an odd year for Pakistan. With social media, the biggest influencer of trends, Pakistani twitter is not behind when it comes to making people into celebs and trends.

Here is our pick of the best tweets of 2016 that are bound to make your Monday!

When Mann Mayal finally bid farewell to the world

Monday is the worst day since childhood,
Now #MannMayal became another reason to hate mon the most.

When rumors of Imran Khan’s 3rd marriage broke hearts of many!

When India made a fool out of itself with its ‘so-called’ surgical strike on Pakistan!

Lol okay😄😄😄
I was playing cricket, mistakenly my ball went to my neighbor's house.Called it #SurgicalStrike
okay india 😄😄😄#ChakDeIndia

India is behaving like a student who cheated in exam & got busted but don't wanna admit it.

Just carried out a surgical strike on beef biryani. What about you?

When Trump made it to the cover of Time magazine and it was proved he is a devil in disguise!

Give that art director a raise pic.twitter.com/5Xe1RrOGbj

Taimur means Loha.
Saif and Kareena could have named their kid as Loha Ali Khan as his aunt was Soha Ali Khan.😹😹

Momina Mustehsan memes trended for days on the internet!

Her engagement had Pakistani guys on the verge of tears!

Some criticism on cricket is a must for the nation!

When Urwa Hocane & Farhan Saeed’s wedding is all that trollers were talking about!

PIA had a bad end of the year

And of course, how can we forget Taher Shah’s Angel!