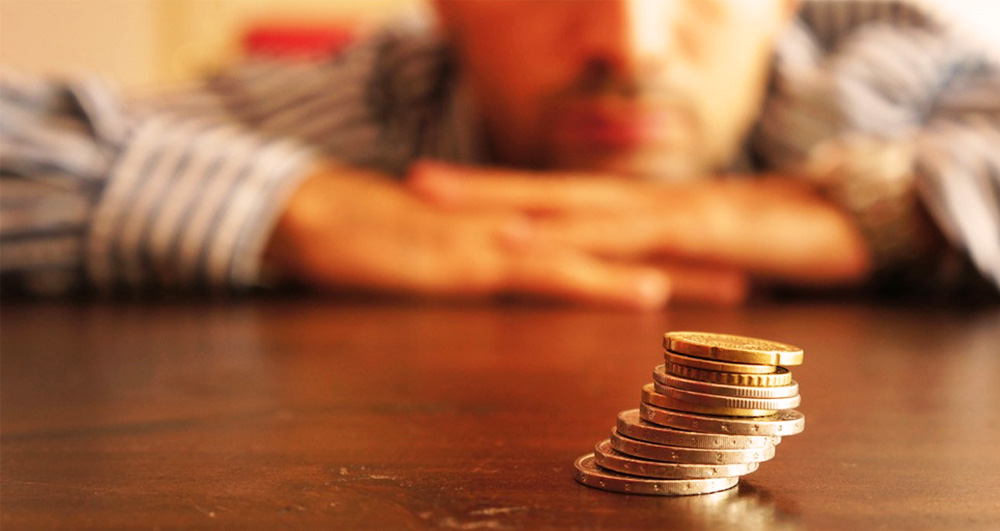 According to a new study money worries can cause more than just psychological stress, with those who are stressed about their financial future also experiencing more physical pain than those who are financially secure.

The new research, published in the journal Psychological Science, was led by a team of researchers from the University of Virginia and Columbia University.

From their observation that levels of economic insecurity and complaints of physical pain were both on the increase, the team decided to investigate using various studies to see if the two might actually be linked, hypothesizing that financial insecurity would cause people to feel a lack of control in their lives, which would then lead to feelings of anxiety, fear, and stress — psychological processes that have previously been shown to be associated with physical pain.

The team also carried out a lab-based study where they prompted a group of participants to think about an uncertain job market. These participants showed a lower tolerance to pain — measured by how long they could keep their hand in a bucket of ice water — than those prompted to think about a stable job market who showed no changes in their pain tolerance.

And when the researchers gathered data from a 2008 consumer panel of 33,720 individuals, in households where both adults were unemployed, 20% more was spent on over-the-counter painkillers compared to households in which one adult was working.

The results from the findings supported the researchers’ hypothesis, with lead author of the study Eileen Chou concluding that, “Overall, our findings reveal that it physically hurts to be economically insecure. Results from six studies establish that economic insecurity produces physical pain, reduces pain tolerance, and predicts over-the-counter painkiller consumption.”

The team hope that the findings could be used by both other researchers and policymakers to help those in need, “By showing that physical pain has roots in economic insecurity and feelings of lack of control, the current findings offer hope for short-circuiting the downward spiral initiated by economic insecurity and producing a new, positive cycle of well-being and pain-free experience,” they conclude.

The abstract to the study can be viewed online here.