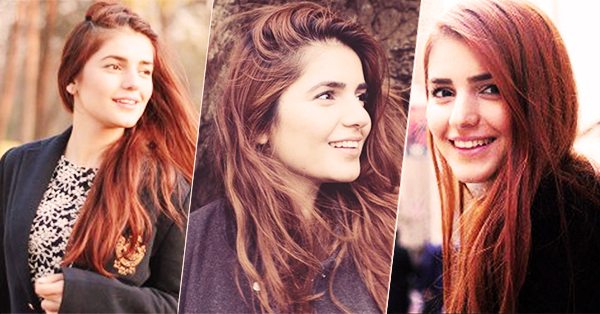 The shining star of the Pakistani music industry, Momina Mustehsan has made her Coke Studio debut with the beautiful rendition of ‘Afreen Afreen’ alongside Rahat Fateh Ali Khan. With her innocent looks and a melodious voice, the singer managed to charm the audiences with just one song!

Momina has finally made her Pakistani movie debut for the Gul-e-Rana famed power couple, the doe-eyed Sajjal and the Pakistani hunk Feroze Khan in their upcoming romantic flick Zindagi Kitni Haseen Hai. The singer has sung the title track for the movie and we just can’t for its release.

Listen to the title track of the coke studio famed Momina Mustehsan for the movie Zindagi Kitni Haseen Hai below. The song also features Adnan Dhool.

The promotions are ongoing in full swing while the scintillating duo of Sajjal and Feroze are set to hit the cinemas this Eid-ul-Azha.

The singer is set to maker her second Coke Studio appearance in the 4th episode this week alongside Junaid Khan.

Let’s see what the girl has in store for us now!

The movie is a romantic tragedy featuring Feroze in a never-seen-before avatar. The actor plays the role of struggling filmmaker and how his actions and losses affect the ones around him.

Besides giving us the amazing title track for ZKHH and the melodious Afreen Afreen rendition in Coke Studio 9, Momina has also been part of the Nescafe Basement with Hamza Tanveer in 2014.

The pretty singer also made her Bollywood singing debut with the song Awari for Ek Villain- did you all know that? I for sure did not.

The song was sung by Soch and featured Momina’s enthralling vocals. Listen to the song below.

See what Momina revealed about herself below:

“I had people ask me about singing for movies or playback but I was never interested. Then came Soch, a Pakistani band, who was working with Mohit Suri on the movie, Ek Villain. They heard me through sound cloud and their manager got in touch with me. This was my first commercial project. ”

Listen to the Pee Jaun song by Farhan Saeed & Momina

Momina has also sung the original version of Pee Jaun with Farhan Saeed and a cover with Hamza Tanveer.

This woman is an absolute rockstar! Fly high, girl.