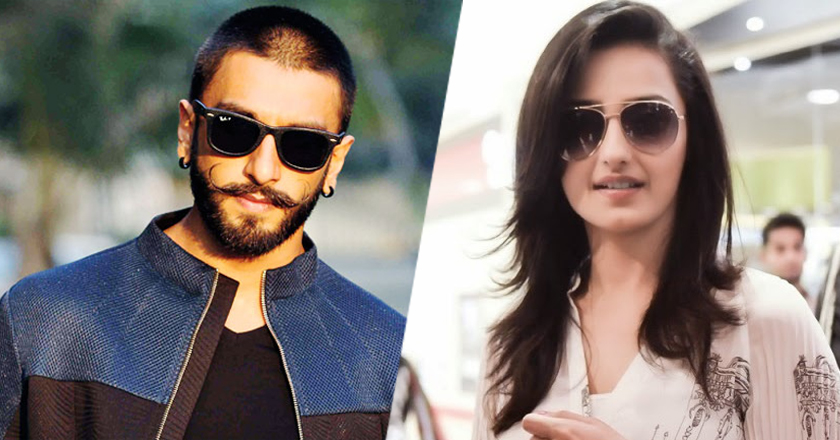 Momal Sheikh will be soon seen on the Indian silver screens in a supporting role in her Bollywood debut movie “Happy Bhaag Jayegi. Now she wants to walk an extra mile by working with the hot and heavy hero, Ranveer Singh!

In an interview to Bollywood Life, the Pakistani starlet revealed her wish to work with the Gunday star.

“He is a brilliant actor, has a great personality and is such a lovely person. Whenever I have seen him on TV or films, I get positive vibes. He is a fun-loving person. Kaam karke bhi mazaa ayega”, she said.

“I play a self-made, confident Pakistani girl Zoya. She is emotional and completely in love with her fiancé Bilal (Abhay). The two are happy in their own world when Happy (Diana) comes into their lives. She is an Indian girl who gets stuck in Pakistan and that’s when some issues crop up between Zoya and Bilal”, she added. Sheikh said she is very thrilled for her Bollywood entry and don’t mind being in a supporting role in her very first Indian movie.

“No, I had no issues about playing the second lead. Didn’t Diana Penty make an entry into films as second lead in Cocktail before she bagged Happy Bhaag Jayegi?”, she revealed.

Though she is eager to work with Ranveer Singh, her favorite heroes remain the top two Khans of B-town.

“Shah Rukh Khan and Salman Khan. I don’t miss a single film of theirs!”

We hope Momal rocks her role in Happy Bhaag Jayegi and wish her all the best!