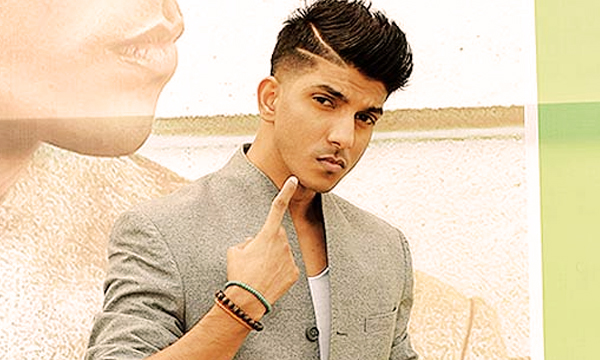 The Na Maloom Afraad Mohsin Abbas Haider, who made waves with his latest Coke Studio debut- the soulful rendition ‘Udi Jaa’ has now decided to prove his mettle in the television industry of Pakistan. The multi-talented actor has made a breakthrough with his talent in the Pakistani film industry.

Formerly an RJ, the actor really has it all in him! Mohsin Abbas Haider is all set to make his drama debut with ARY Digital’s ‘Muqabil’ under the banner of Big Bang Entertainment.

His recent post on Instagram shows how excited Mohsin is for his drama debut. This man set for the stars!

#Repost @galaxylollywood with @repostapp ・・・ After films @mohsinabbashaider is all set to conquer the tv world. Here is a photo from the sets of his debut drama serial 'Muqabil 'with Saife Hasan and Kubra Khan. Yes, the same Kubra Khan who was last seen with Mohsin in 'Na Maloom Afraad' #MohsinAbbasHaider #KubraKhan

Haider has appeared in telefilms before but has not done a serial. While talking to a popular entertainment website the actor revealed; “I always wanted to do serials and show my theatre side in them, I am playing a very different role not like my usual comic self, it is a very serious role; a ‘Sehma Huwa Larka’. I am out of practice, I hope I do justice to It.”

Penned by Zafar Miraj, Muqabil is a drama serial that will showcase Mohsin in an all new light- the character is very different from the kind of roles Mohsin has done before.

This rising sensation has really made a name for himself in the industry and we are so proud! Keep it up, Mohsin.