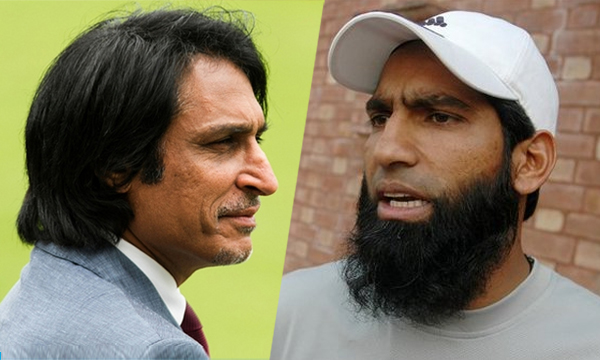 Previous Pakistani Captains Mohammad Yousuf and Rameez Raja got into a bitter battle on national television as both debated over the return of Mohammad Amir into the national side.

The debate was over whether the left-arm pacer Mohammad Amir should be allowed to play for Pakistan cricket team again; this has created a major divide in Pakistan cricket with former cricketers Mohammad Yousuf and Ramiz Raja getting involved in a war of words  during a TV show.

The two used some very personal and unrefined language on national television during a show on Geo Super channel.

The offensive word exchange occurred over the issue of Aamir with Yousuf saying that Ramiz didn’t know cricket and was a “Sifarashi” player.

Mohammad Yousuf made some personal remarks against the former Test captain turned commentator, losing his cool on the live show.

“My views are clear to everyone but this is a decision that the Pakistan Cricket Board has to take and only time will tell whether they took the right decision or not,” Ramiz said.

“I thought the PCB could have handled the Aamir matter in a better manner,” he added.