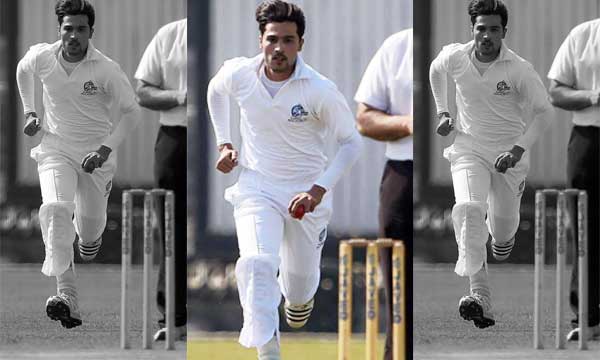 Pakistan’s left-arm pacer Mohammad Amir is en route to bounce back in international cricket as his current form in  the domestic season might pave the way for his inclusion in the national team.

After being away from cricket action for five years, Amir is back with a bang in the ongoing Quaid-e-Azam Trophy not only with the bowl but with the bat too. By far, he has taken 44 wickets in 6 matches and also scored three half centuries representing SSGC (Sui Southern Gas Company) in first class season in progress.

The fast bowler is working on the right approach of proving himself in the domestic enclosure first and is not in a hurry to enter the international cricket arena without shaping himself into the full swing. For maintaining his form and fitness, Amir intends to play as much cricket as he can to merit the required readiness for the international recall.

Mohammad Amir is also among the 15 Pakistani cricketers who are going to take part in the next edition of Bangladesh Premier League (BPL) to be played this December. The youngster will play from Chittagong Vikings alongside his country fellows Saeed Ajmal and Umar Akmal. The 23-years-old cricketer has pledged to not let down his supporters if provided the chance to play international cricket again and will rather take up this as a challenge. He values his fans and cricketers from Pakistan and across the country for being a huge support through his tough times and off the field.

If Mohammad Amir goes on with his outstanding run in the upcoming matches of premier domestic tournament, then it will be impossible for PCB selectors to overlook his name for Pakistan cricket team for long.

Debuted in T20 World Cup 2009 at merely 18 years of age, the talented seamer emerged as the finest addition to Pakistan pace attack, and in no time, became the natural choice for all three formats by taking 51 Test, 25 ODI and 23 T20I wickets in a short span of time.

Well, Amir’s fans are keen to see him in team green very soon, but only time will tell when he is going to resume his international career and how he will live up to expectations in his second spell of international cricket.