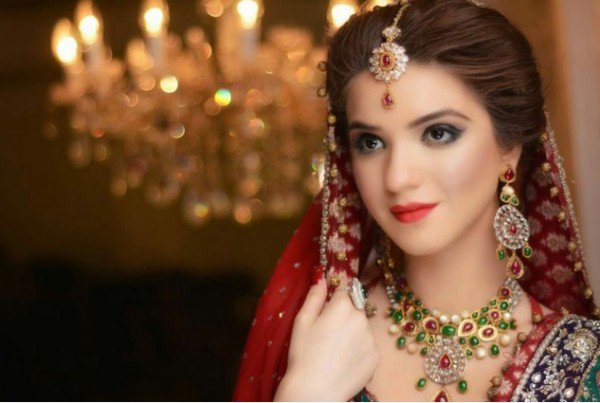 Moammar Rana is no stranger to the world of entertainment. With a name that has not only been associated with the Lollywood industry but with a few special appearances in the world of Bollywood, Moammar Rana is one of the most established actors of our Pakistani film industry.

So much so, that he has decided that it is time his daughter Rea Rana to also stepped into the limelight and make her debut in the Pakistani entertainment industry. The four-time Nigar Award winner’s eldest daughter is all up and ready and made her debut in the world of entertainment. Previously, the teenager was a part of the Nadia Hussain Salon shoot for the upcoming bridal season in Pakistan.

Check out her pictures in the gallery below.