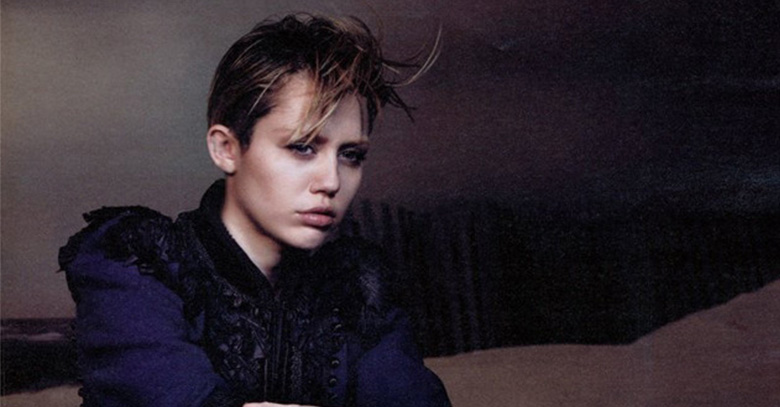 Yes, we all would finally get to see a clothed Miley Cyrus at the start of this year as she features in the Marc Jacobs 2014 Spring/Summer campaign.

It’s hard to believe but the ad shows Miley with an utter grave expression sitting still on the beach looking completely lost in expression.

Clad in a fancy deep blue cropped coat, chic maroon burmudas and embellished ankle booties the singer looks very sober and her make-up doesn’t make her look too glamorous either. Her hairstyle has an informal look about it and her overall appearance seems to be captivating.

In another shot, she appears to be wearing a black dress with sunglasses posing with a pouted expression.

The brand is a personal favourite of Miley and she had decided to adorn its net gown in the 2013 Met Gala. She was keen to work with the brand and recently posted a picture on Twitter as well, wearing a Tee Shirt by Marc Jacobs advocating equality in marriage as well.

This advertisement has also caused a few raised eyebrows because behind Miley, a model who appears to be almost dead is lying, giving a disturbing outlook.

Marc Jacobs himself said, “We all love her and her entire being, her energy, her talent, her intelligence, everything. There’s nothing I don’t like about her. She is just genuine and very natural.” He also told that the shoot is meant to be “kind of sulky”

All in all, this is a mature step by Miley, as there is no tongue wagging or twerking and though the campaign seems a bit uncanny, it stars her in a different way and well, this different is definitely not outrageous.

In the previous year, the artist had caused quite a stir in the media by her notorious antics which surprisingly got her nominated for Times Person of the Year 2013.