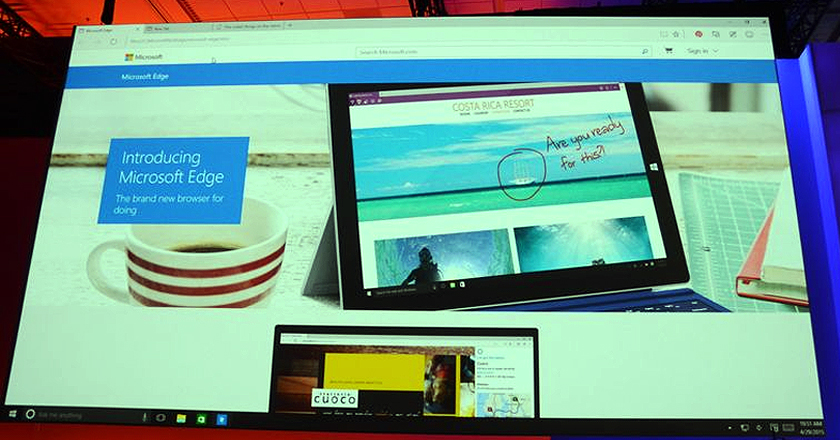 Internet explorer has been dead for quite some time now. Moreover, with Firefox and Chrome ruling the internet, we pretty much all forgot about Microsoft’s plan to bring in a successor to the good old Explorer.

However, the new Windows browser, coined Microsoft Edge, has finally made a debut. The new browser will officially be a part of Windows 10’s Office Suite and will be the only browser running on Windows 10 Mobile by Microsoft.

While Internet Explorer was all the rage last decade, it lost its stance due to the lack of upgrades and lack of new and more optimized features. As much as IE was technologically backward, it was still what majority of its market, the tech-averse users and big corporations, preferred.

However, with time, as Microsoft lost its shares due to IE’s poor functionality and simple incompatibility with most websites, it decided to finally cater to the younger, more technologically advanced generation. With this goal in mind, Microsoft Edge has been designed light years ahead of everything and anything that IE boasted of.

Read More: Windows 10 to be Launched in 190 Countries

Some of the noteworthy features of Microsoft Edge include:

While this is all anyone really knows about the new and upcoming browser, here are some teaser photos and videos to see what’s coming our way:

For Microsoft’s old customers who still do not want to (weirdly so) switch from IE, the tech giant will be introducing a slightly upgraded version, Internet Explorer 11, in Windows 10.