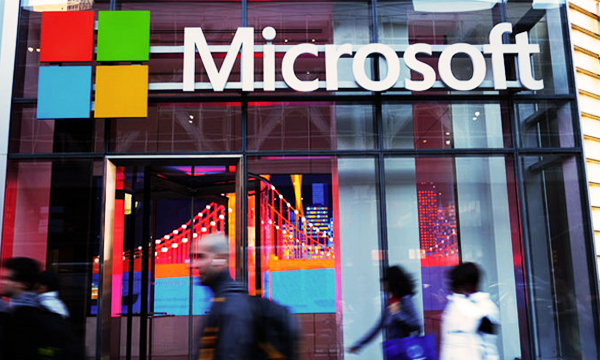 Microsoft made a pitch Wednesday to developers to stay with the US tech giant, saying it remains a force in future technologies such as artificial intelligence and augmented reality.

This means Microsoft is a force to be reckoned with even though it has lagged rivals like Apple and Google in powering mobile devices, according to Nadella. “For us, mobile first is not about the mobility of any single device, it is the mobility of the human experience across all the devices and all the computing in our lives,” Nadella told the San Francisco gathering.

“Cloud is not a single destination, cloud is a new form of computing that in fact enables that mobility of experience across all our devices.”

The company said its Windows 10 operating system — which can be tied together a range of devices including PCs, phones, and tablets — now has some 270 million users.

“Windows 10 is off to an amazing start,” said Nadella, calling it the “fastest ever” adoption of the Windows operating system.

The 270 million represents new computers and devices with Windows 10 installed as well as upgrades of existing gadgets.

Microsoft has set a goal of having the operating system in use in more than a billion devices by 2018, which would put it on a par with Apple, which said this year it has one billion active devices running iOS.

Microsoft said it would introduce an update of the operating system in the coming months that will make Windows 10 available for its Xbox One game console and enable various devices to use the Microsoft digital assistant known as Cortana, an artificial intelligence tool.

The Windows update will also step up use of biometrics for authentication, allowing users to log into computers and their applications with their fingerprints, improving security by moving away from passwords. Looking ahead with HoloLens

Microsoft also Wednesday began its first shipments of its HoloLens augmented reality headgear, staking its place in what is expected to be an emerging computing platform.

HoloLens is being delivered to application developers, with Microsoft opting for augmented reality rather than virtual reality in devices such as the Oculus Rift from Facebook.

While virtual reality is fully immersive, the partly immersive augmented reality allows users to multitask via virtual images superimposed on their normal field of view.

At the conference, the US tech giant showed some of the possibilities for HoloLens — such as giving users a view of Mars that up to now could only be seen by space vehicles, and an inside view of the brain by medical specialists aiming to deal with a brain tumor.

Aiming to encourage new applications for the device, Microsoft noted that developers can create a “new mixed reality” with holograms to enable users to see and experience things in new ways. Microsoft unveiled the HoloLens goggles a year ago as rivals such as Oculus were moving into virtual reality.

The holographic capabilities in the Microsoft gear can open doors for developers to augment tasks from complex surgery to motorcycle design, according to the company.

The developer editions will be available for $3,000 for app makers and otherMicrosoft partners.

One of the partners is NASA, which uses HoloLens to help users move about as if they are on Mars and figure out where they want the Rover to go. Pamela Davis, dean of the Case Western Reserve University medical school, led a demonstration showing how holographic images of the body and its organs, including the brain, can be used in doctor training.

With the goggles and Windows 10, Microsoft said in a statement it was “extending the Windows experience to holograms and allowing developers to begin helping build the future of holographic computing.”

The move by Microsoft comes just two days after Oculus began deliveries of the first Rift devices to consumers.