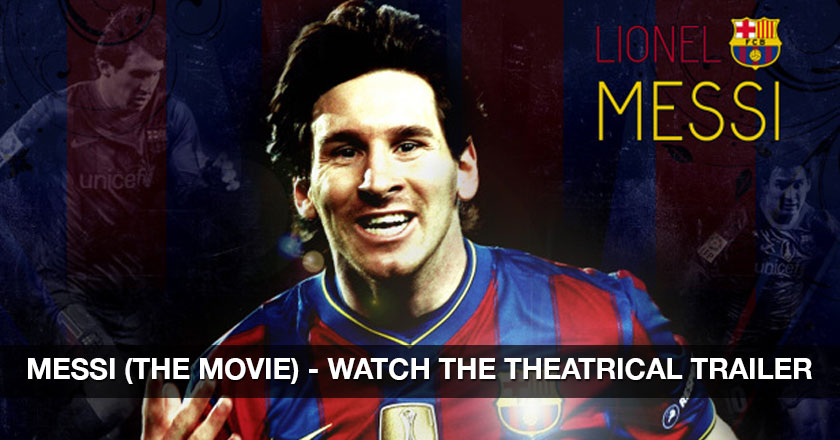 After Meradona, Ronaldo and countless other FIFA legends, it’s now time for Messi.

Messi, the movie in the making will depict the life of Argentina’s Golden-eyed boy, Lionel Messi. The footballer known by many around the world has become an inspiration for the young. With his life’s story and struggle common amongst his fans, the star is not less than any life inspiring FIFA athlete.

Messi, the movie directed by Álex de la Iglesia and scripted by Jorge Valdano, aims to go behind the scenes on some of the most important moments in the player’s life to reveal the real person behind the Argentine star striker, and will go on general release from 2nd July in Río de Janeiro.

A sole aim driven life spent by Messi, will now become the life of theatres. On 2nd July this year, Messi’s life story will be told to every Football enthusiast out there. The first trailer of the movie is already out, have a look:

Story of true courage, passion and desire Messi truly is worth a watch.