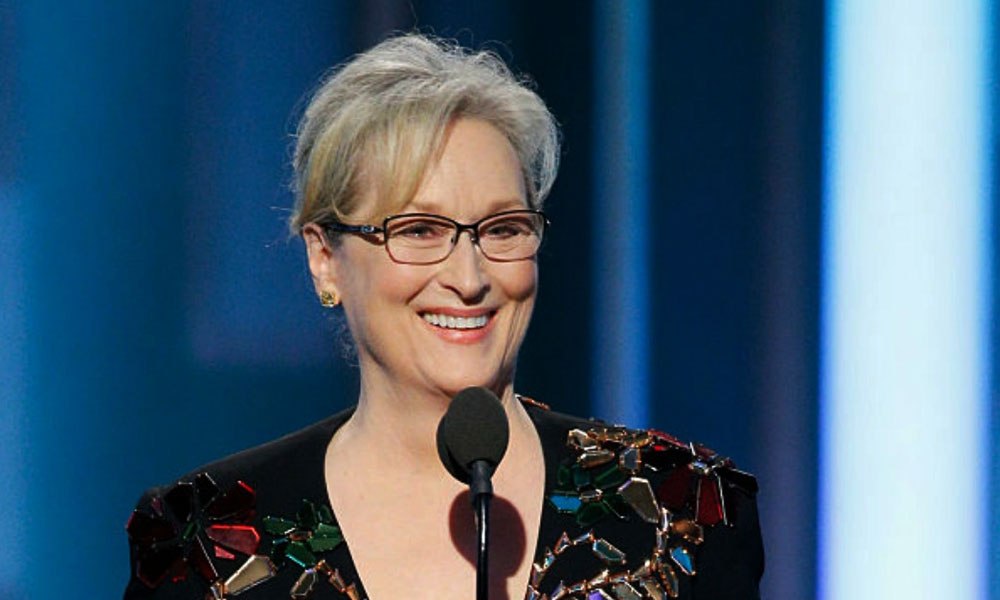 Acclaimed Hollywood actress Meryl Streep received the Lifetime Achievement Award at the Golden Globes for her exceptional contribution to the entertainment industry.

This is what the Hollywood legend, had to say during her acceptance speech,

“This instinct to humiliate, when it’s modeled by someone on the public platform, by someone powerful, it filters down into everybody’s life, because it kinda gives permission for other people to do the same thing,” she said. “Disrespect invites disrespect, violence incites violence. And when the powerful use their position to bully others, we all lose.”

The powerful speech ignited a social media buzz and Streep garnered support from all over the world, admiring the courage to speak her heart out against the Political leader, Donald J. Trump and the way he had misbehaved and imitated a disabled New York Times reporter in 2015. Ms.Streep campaigned for Hillary Clinton during the 2016 elections.

Our very own Lollywood stars also took to Instagram and Twitter to show their support to the Power woman!

Here’s what they posted!

Hats off to you Meryl Streep for your countless contribution to the world of cinema. #merylstreep

And in Davi's introduction for #merylstreep – "I haven’t said anything. But I’m gonna say it now. You make me proud to be an artist. You make me feel that what I have in me, my body, my face, my age, is enough. You encapsulate that great Émile Zola quote that if you ask me as an artist what I came into this world to do, I an artist would say, I came to live out loud". ⚡️ Live. Out. Loud.

Quoting my favourite #MerylStreep, as I call an end to this night…when you have a broken heart…make art. You are astounding! #FanGirl

Many things in Hollywood are "over-rated" – Meryl Streep's acting isn't one of them.

I started my career working with #MerylStreep. That experience set a standard to which I always aspired. A national treasure and fine woman.

Meryl Streep giving an epic and powerful speech at the #GoldenGlobes. 👏🏻👏🏻👏🏻

A true inspiration. Meryl, you beautiful soul. Thank you for using your voice to empower. #GoldenGlobes

But then again, there were those who thought otherwise

This Meryl Streep speech is why Trump won. And if people in Hollywood don't start recognizing why and how – you will help him get re-elected

What did you think of the powerful speech? Let us know in the comments below!