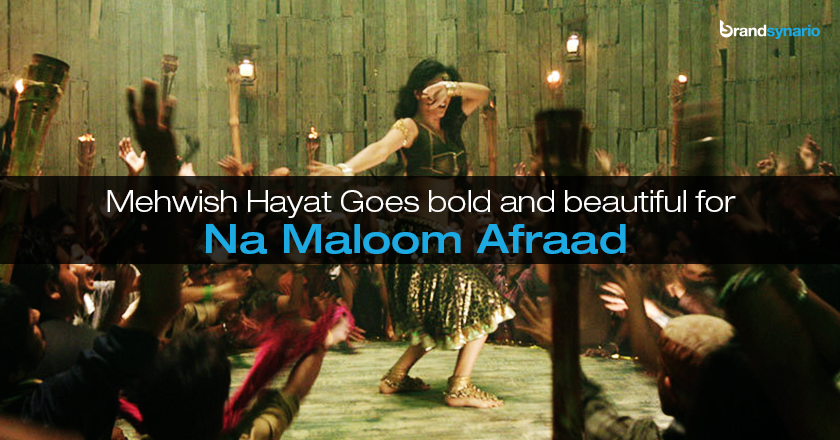 Mehwish Hayat, one of Asia’s sexiest women will mesmerize the audience with her dancing skills in the upcoming Pakistani movie, Na Maloom Afraad.

The film, based on a chaotic situation of Karachi revolves around the lives of 3 friends during turmoil.

With a cast that includes, Fahad Mustafa, Jawed Sheikh, Mohsin Abbas, Urwa Hocaine, Salman Shahid, Ambar Khan, Mohsin Abbas and a British actress Kubra Khan, the movie has already stirred up a lot of excitement amongst the viewers.

Mehwish, who’s recent look in the movie resembles that of Aishwarya’s in Kajrare song from Bunty aur Bubli, has been crowned as Asia’s 8th sexiest women by Eastern Eye Magazine and has also appeared previously in a movie named Insh’Allah released back in 2010.

According to sources, the shooting is complete and Na Maloom Afraad is all set to release this August.

Have a look at the stunning trailer:

During her interview to a local website, Mehwish revealed her childhood love for dance. In her own words, “I used to watch a lot of Michael Jackson and Jennifer Lopez videos to copy the moves,” while further adding, “I loved to dance and really wanted to do something related to dance in the industry.”

Speaking about her experience on the set of Na Maloom Afraad, Hayat added, “It was a wooden dance floor… I had bruised and swollen feet and was unable to walk for days.”

Not only this, but the actresses also expressed her interest for Bollywood movies. Judging from her fame, beauty and talent, we are sure that (if approached) Mehwish will be a hit in B-town too.