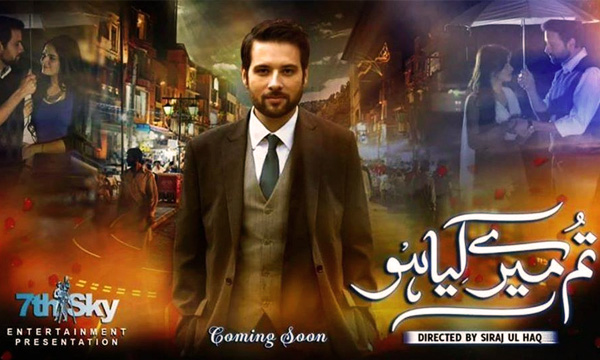 The drama is produced by Abdullah Kadwani, Asad Qureshi and Meekal Zulfiqar, marking his production debut, under the 7th Sky Entertainment banner. Written by Mehrunisa Mustaqeem Khan, Tum Meray Kia Ho is directed by Siraj-ul-Haq, of the Parsa and Aik Pal fame.

The plot takes a turn when Ahmer’s old friend Maheen returns to stir up trouble between them and expresses her wish to marry him.

The OST of the drama is crooned by Nabeel Shaukat and Tehreem and composed by Shani Ahmed. Enjoy the song here: