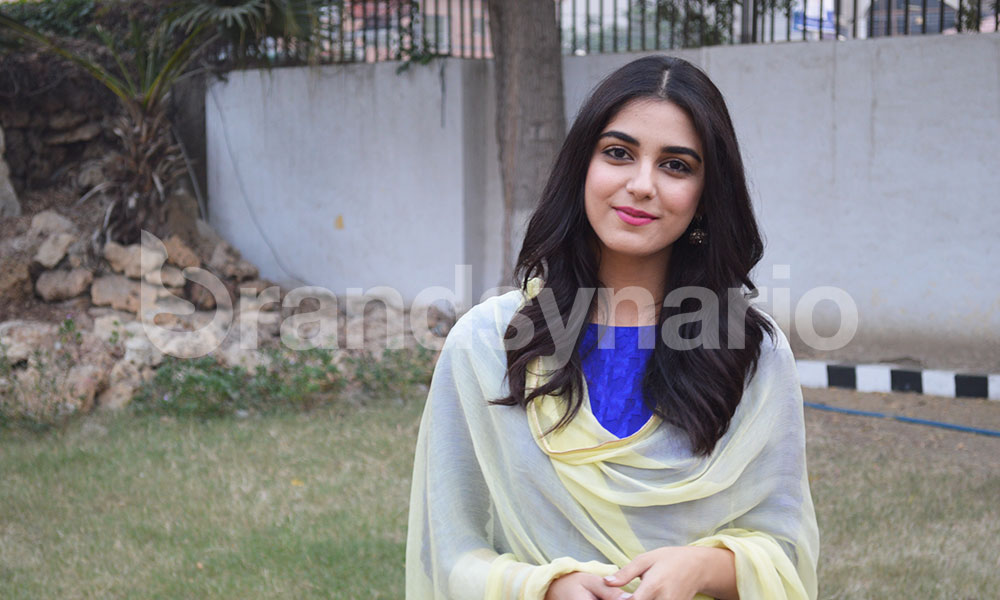 Brandsynario got an exclusive opportunity to talk to the rising star on the sets of her drama where she revealed some exclusive tidbits about her upcoming projects, roles and co-stars.

Maya plays the role of a young traditional girl, Mannu, who lives in a joint family system. The serial’s story revolves the love story of Mannu and Salahuddin (Hamza Ali Abbasi).

The story, spanned over 8-9 years, will unfold after Mannu’s father will hire Salahuddin as her tutor.

When asked about her views about Hamza Ali Abbasi as a co-star, Maya revealed that she was very scared of him on the first day of shooting but he turned out to be really friendly and down to earth. Still, whenever she is in a scene with him, she does not look into his eyes and he always tells her to maintain the eye contact.

Maya also confided that she often asks Hamza not to put anything about her on social media. Watch her exclusive interview with Brandsynario below:

A relatively new face in Pakistan’s drama industry, Maya has proved her mettle with super hit dramas like Aun Zara, Mera Naam Yousuf Hai and ofcourse, Diyar-e-Dil where her chemistry with Osman Khalid Butt became the most talked about topic on social media.

Bringing the sizzling chemistry back, Maya revealed that she has done another project with Osman Khalid Butt, but it will be aired after Mann Mayal.

Are you a fan of Maya Ali? Tell us in the comments below.