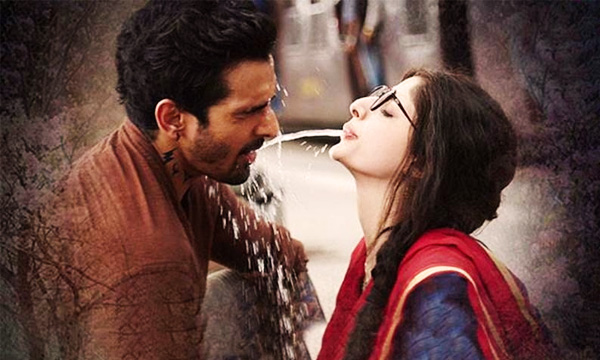 After the release of a melancholic trailer and title track, the video song Kheench Meri Photo finally reveals the kookier and fun side of Mawra Hocane’s character, Saru.  The track is sweet and upbeat, transforming the feel of the otherwise mournful mood of the movie. The three-minute long video song shows Mawra in a drunk state, dancing around the marketplace, asking her co-actor, Harshvardhan Rane (Inder) to click her photos.

Watch the song video below;

Mawra looks totally adorable in the video with her nerdy glasses on and donning a very simple wardrobe. The adorable track has enhanced our anticipation for other songs and the movie itself. Twitterati praised the new song and kept raving about it. Hocane herself tweeted the song, captioning it the“Selfie Anthem.”

#KheechmeriPhoto what a fantastic beginning !!!!! Thankyou everyone! Watch it now! https://t.co/Vo0ONChUHU

It sure seems that Mawra’s debut will be a hit at the Box Office and add to her list of fans across the border.

Saru is drunk throughout the video- an otherwise simple and sober character who wants to experience life like her exciting peers. An intoxicated Saru lets herself loose in the bazaar and saves a fish from being killed only to bang her head over the railway tracks. Her new peer, Inder (Harshvardhan Rane) – who is the real drunk in the movie – tries to take care of her in this state.

Mawra’s sister Urwa was just as excited as Mawra herself; she even made a Dubsmash video of the song.

Good luck to my dear friend @mawrellous for the second song from her film #sanamterikasam #KheechMeriPhoto Goodluck homie!! 😉