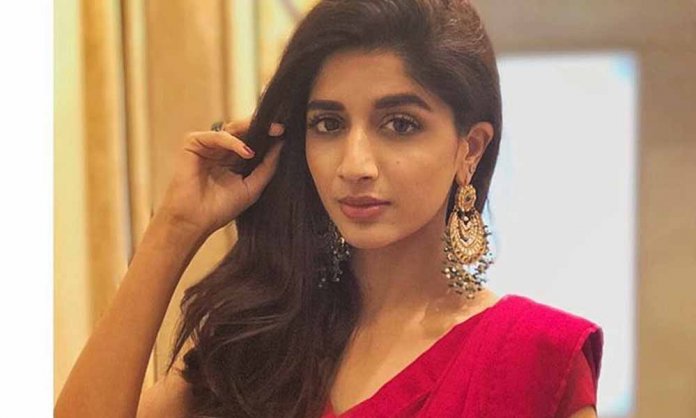 The phrase “beauty with brains” fits just right when we talk about our young stunner, Mawra Hocane!

Not just that, she has got the whole fandom drooling over her impeccable acting skills and gorgeousness. The young diva has also proved her mettle in India with her Bollywood debut, Sanam Teri Kasam.

Currently, Mawra has been receiving rave reviews for her performance in the ongoing serial Aangan and always remains the center of attention on social media.

Recently, speaking to OK Pakistan in an interview, Mawra talked about Pakistani celebrities going to Bollywood and how it impacts their career grooming.

I think the magnitude of the films [there] is such that we are exposed to a bigger word, and that is a big difference. It grounds us and at the same time, we learn so much from the other industry.

However, she didn’t generalize it and said there are many actors in our industry, including her JPNA 2 co-star Fahad Mustafa and her sister Urwa Hocane, who are terrific at their jobs and have not yet worked in India.

We all know how Mawra fangirls over the Bollywood heartthrob Ranbir Kapoor and we find it absolutely adorable!

When our JPNA 2 girl was asked about the ‘celebrity dream date’, Mawra said:

Uh…you know this one. Ranbir Kapoor!

Mawra also got invited to dinner by Neetu Kapoor, Ranbir’s mom, who is a fan of her acting.

According to Mawra the experience was ‘surreal’!

It felt surreal. Neetu aunty commented on my Instagram and I obviously thought it’s fake account but then she called my producers and invited me home where I met her family, which is full of stars right, left and center.

Mawra added that it makes her work harder to get blessings from all such legends.

She remembered the legendary Bollywood actress Sridevi and how she was kind to her regarding her work.