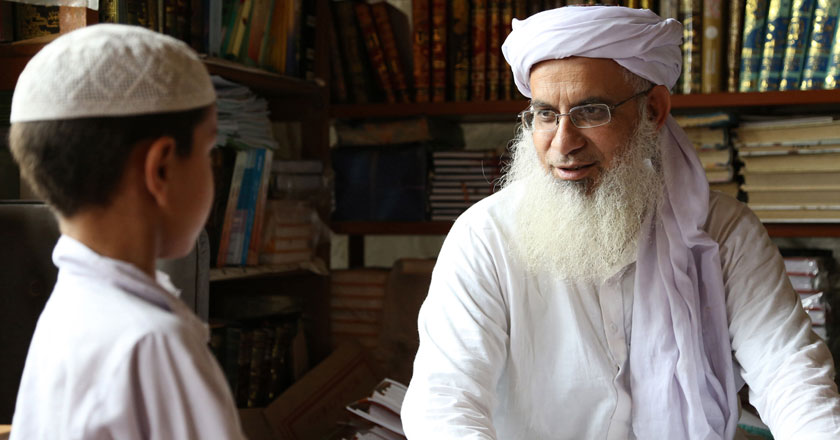 Among the Believers, a documentary film which recently premiered at the Tribeca Film Festival 2015 in New York has received mass appreciation. Watch the trailer here:

What can be termed as one of the most unfortunate events in the history of Pakistan, the Lal Masjid incident, has recently become a hit as a subject of a documentary.

The directors, Hemal Trivedi and Mohammed Ali Naqvi, from India and Pakistan, came together to create what might just be the biggest and the most important films of the year 2015, Among The Believers.

The documentary film illustrates what goes on behind the scenes at madrassas (religious schools) in Pakistan, particularly those that were under the direction of infamous Lal Masjid in Islamabad, under Maulana Abdul Aziz’s supervision.

It begins with the an intense scene where a young boy is delivering a sermon on Jihad (holy war), the scene continues to depict the ongoing extremism by way of providing an insight into the life of Maulana Abdul Aziz, his adversary Dr. Pervez Hoodbhoy and two twelve year olds, Zarina and Talha, on different paths of education.

As Zarina boards secular schools to avoid marriage and pursue her dreams, Talha is caught up amongst Islamic extremists, preparing and brainwashing him for the holy war. As sad as the depiction is, it is the truth in its entirety. This is what is actually tearing Pakistan and the Muslim world apart.

For its true depiction of the current Muslim world and its brutal honesty, Tribeca Film Festival and many critics have acknowledged and appraised the documentary, Among The Believers.

See what the world had to say about Among The Believers at social media networks:

#AmongTheBelievers looks to be a powerful film on the clash of religious ideology in #Pakistan. Interesting stuff http://t.co/eYPGLtedT5