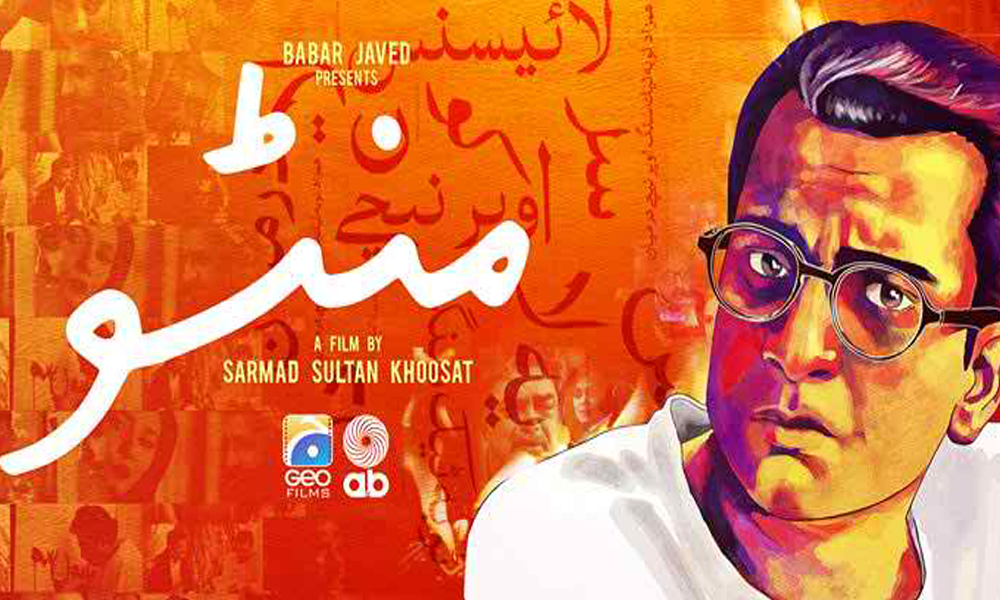 Sarmad Sultan Khoosat’s directorial debut biopic has taken the status of new-age cinema to the next level. Not only in Pakistan, but the film has received immense praises from all over the world. Recently, the movie was showcased at the 8th edition of Jaipur International Film Festival (JIFF), India and bagged two major awards in its basket.

Khoosat who also played the lead role in the biopic, based on the controversial life of the famous writer Saadat Hassan Manto, won award for the ‘Best Actor’. The second category in which this movie won an award is for ‘Best Sound and Editing’. At JIFF, Manto was competing with 35 feature films, 17 documentary feature films, 58 short films, 17 documentary short films and 15 short animation films. The festival kicked off with the screening of ‘Manto’ along with Deepika Padukone and Amitabh Bachchan’s ‘Piku’-  which won Red Rose and Best Original Screenplay awards in the Feature Film Category. It’s good to see local cinema making progress by leaps and bounds and getting recognition from all over the globe. Indeed, it was a special moment for Khoosat himself and he expressed his gratitude on his Facebook by announcing the very news of winning awards at JIFF and thanked everyone for the support.