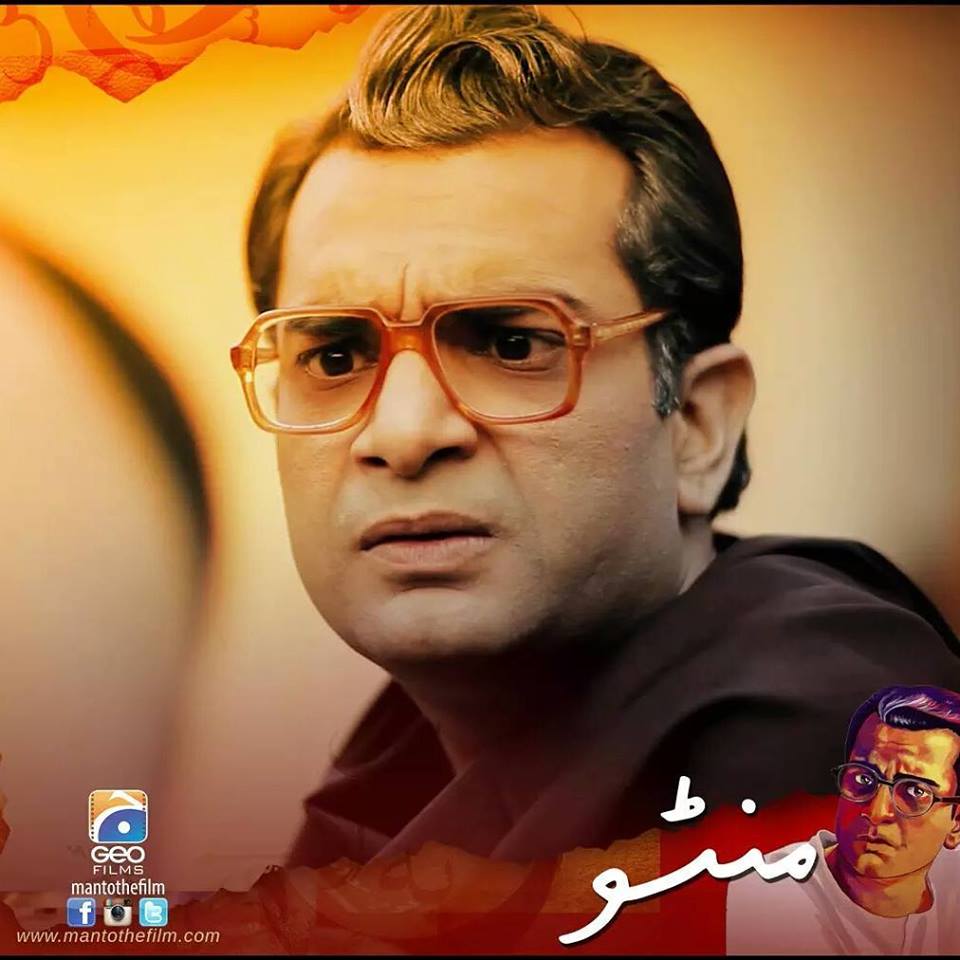 Dark, intense, rich in context, bitter and thought-provoking; the much-hyped and much-awaited Manto welcomed the glitterati of Pakistan’s entertainment industry for its premiere in Karachi and Lahore.

Based on the life of the acclaimed controversial Urdu Short Story Writer, Saadat Hasan, famously known as Manto, the movie is written by Shahid Nadeem and directed by the famous Sarmad Sultan Khoosat. Unleashing the writer’s journey of life after the Independence of Pakistan, the coveted avatar of Manto in the movie is donned by Sarmad himself.

After its screening at the premiere, reviews from Pakistani stars and the audience have flooded Twitter in all praises for Manto the movie and has even left many viewers teary-eyed.

Read raving reviews by the Twitterati about the movie Manto.

I’ll be thinking about #MantoTheFilm for days. Really intense. A lot to unpack

Watched #Manto what a movie… The whole crowd was stunned and in a trance! Lovely movie #MustWatch

The genius of #Manto reminds you that art is always driven by passion not money, mercenary advantage or even family.

#MantoTheFilm is dark, intense and very bold. Such an amazing tribute to controversial yet legendary short story writer #Manto

Safe to say with @MantoTheFilm Mister @KhoosatSarmad has arrived in Pakistani cinema as a director who just created amazing history! #Manto

cinema revival yes! its the filmy music revival too #DMPS #MOOR #MantoTheFilm .. #Luxstyleawards will have to hv film music category in 2016

Tonight, it’s a date with 1 of the most controversial authors of indo-pak #Manto. #MantoTheFilm pic.twitter.com/MqY21EyiQZ

#MantoTheFilm is dark, intense and very bold. Such an amazing tribute to controversial yet legendary short story writer #Manto

I’ll be thinking about #MantoTheFilm for days. Really intense. A lot to unpack

But the review that stood out amongst all was by Saadat Hasan Ali Manto’s daughter, Nighat Patel who expressed her deep admiration for Sarmad Khoosat’s acting.

It is indeed a proud moment for Pakistan. With the revival of nation’s cinema industry and movies like Manto and Moor, it is time that movie-buffs began preferring and loving our own movies over Hollywood and Bollywood.