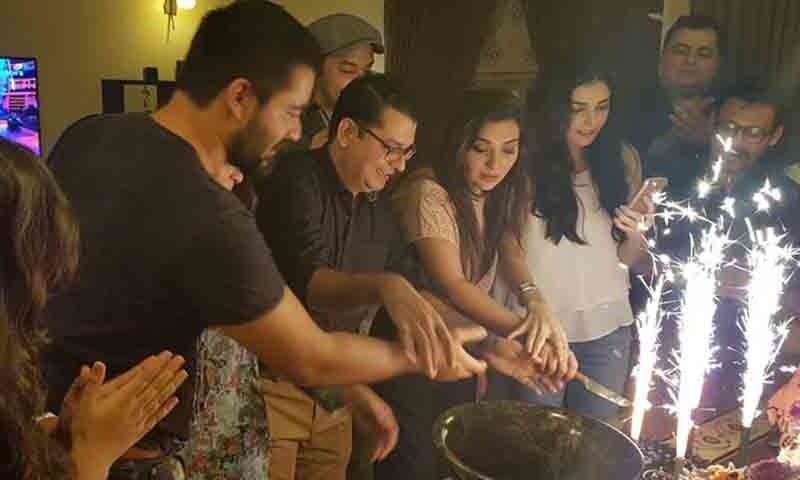 What’s an award show without an after party? The cast and the team behind the popular drama serials Mann Mayal and Diyar-e-Dil celebrated their success at the LUX Style Awards 2016 with an after party thrown by non-other than the director of the two television serials, Haseeb Hassan.

Diyar-e-Dil won the “Best Play” award at LSA 2016 along with the “Best OST” award while Mann Mayal has become a Monday night must watch.

A post shared by aishakhanofficial (Aisha khan) (@aisharaokhanofficial) on Jul 30, 2016 at 4:15pm PDT

Director Haseeb Hassan, responsible for the success of both the dramas, shared the after party story on his Facebook page which included not only the cast of the two television series but a number of other celebrities as well such as Bushra Ansari and Behroze Subzwari. A look at the photos ensured that it was indeed a huge affair with a delicious -looking cake and plenty of selfies.

But what’s an after party without a few celebs looking for a good time after an awards show?

Apart from the cast and crew of Diyar-e-Dil and Mann Mayal’s celebrities such as Bushra Ansari, Hina Bayat, and Humayun Saeed also came to congratulate the team.

Rumour has it that, Bushra Ansari who has been starring as Aapa Sheedan in Udaari, came directly from the sets of Seeta Bagri. With plenty of pictures and moods high for some of the winners of LSA 2016, this party definitely seems like the best way to unwind after a successful awards night.