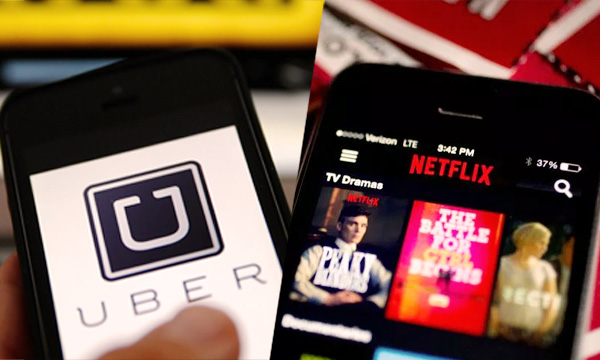 Dozens of major websites including Netflix, Uber and the BBC went down simultaneously on Thursday in some areas of the United States, but were soon up again in most cases.

The cause of the crashes remained unclear, but some appeared connected to trouble at a cloud service relied on by companies, although that did not stop the social media rumor and conspiracy mill from going into overdrive. “We’re working to resolve the problem.”

Netflix spokesman Joris Evers told AFP that the outage was the result of “technical issues” at an UltraDNS cloud service provided by Neustar and affected mostly US subscribers.

“UltraDNS is working to address the issue,” Evers said. “We apologize for the inconvenience.”

Neustar confirmed in a tweet that there was an issue with its UltraDNS. Internet trouble tracker CurrentlyDown.com displayed a list of two dozen websites that were or had been out of service during the day.

The list also included Ameritrade — an online broker — and The Economist. It was unclear whether all those affected relied on UltraDNS, but ride-sharing service Uber blamed its problems on that. The outages sparked chatter at Twitter and other social networks.

The UltraDNS service was hit by an outage affecting customers in the eastern United States late afternoon local time, according to Neustar spokeswoman Lara Wyss.

“We can confirm this is not a DDoS attack,” Wyss told AFP, referring to a style of cyber-attack in which websites are intentionally overloaded with requests for service and crash under the stress.

Most of the websites that stumbled or fell were back up and running by mid-evening East Coast time, according to CurrentlyDown.

“Some of our clients experienced sporadic difficulty accessing some of our websites,” Ameritrade told AFP.

“Once clients were able to log in there were no issues.”

Netflix also noted that the UltraDNS did not hurt the entire service, just some people trying to tune in.

“It’s kind of a road map,” said Silicon Valley analyst Rob Enderle of Enderle Group. “The roads are still in place, but if the map goes away nobody knows where to go.”

The economics of running large-scale online services, such as streaming television shows or summoning car rides using smartphone applications, has given rise to companies that work in the background to handle traffic, storage and other needs.

Such cloud service providers often compete on price, meaning compromises might be made when it comes to quality of hardware or even levels of security, according to Enderle.

Since data centers or servers handle demands from multiple clients, a hardware failure or software glitch can knock out seemingly unrelated Internet operations.

“The problem with a cloud service is you can’t be certain a failure will be isolated,” Enderle said.

“You’ve got this potential for cascading catastrophe.”

An outage at Amazon Web Services last month was blamed for causing problems at Netflix, Reddit and Tinder.

As with the trouble on Thursday, that problem caused a frenzy of worried commentary at social media venues. Enderle warned that security breaches of cloud service defenses could also touch multiple websites relying on shared servers.