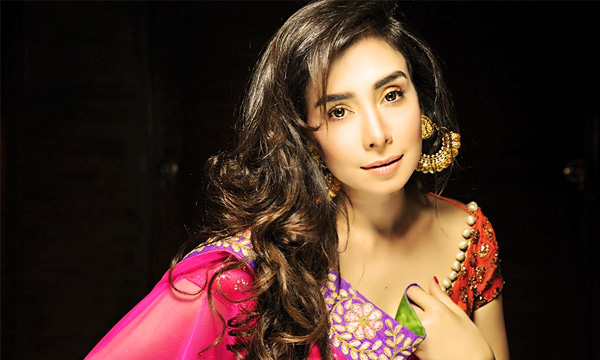 Nominated as the ‘Best Star Debut Female’ at the 1st ARY Film Awards for her movie Chambaili, Pakistani television and film actress Maira Khan is ready to start in four Pakistani movies and a Bollywood debut this year. In an interview with Pakium.pk, the actress revealed that Revenge of the Worthless is her upcoming movie in Pakistan. The release date of this movie was January 15th but it has been delayed for now.

Talking about her current and upcoming projects she said, “I have a horror film called Khwaab. I have also recently signed Hum Network’s next film called Zehr-e-Ishq. I’m in discussion with another filmmaker for his movie but things haven’t finalized yet. Apart from films, I’m also shooting a serial for Hum TV.” Maira Khan is also to do HUM Network’s film called Zehr-e-Ishq in which she is playing a role of a local girl. The movie also includes a song sung by Sunidhi Chohan and is based on Sufism. Another project under works is the Pakistani horror film, Khwaab in which the actress revealed that the film was supposed to be released last year, but as the film has a limited budget and story needs to be refined a little more, the release has been delayed till later this year.

Maria Khan has also received many offers across the border; the actress has plenty of auditions lined up for her Bollywood debut, but she is more than satisfied with the work she is doing in the Pakistani media industry. After Mahira Khan, Mawra, Fawad, Ali Zafar and Imran Abbas, we can’t wait to see Maira’s forthcoming projects in Bollywood.

Give your feedback in the comments below and Stay tuned with Brandsynario for more updates!