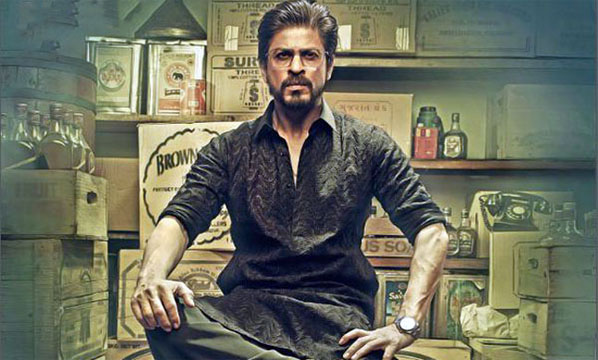 While the teaser of SRK’s “Fan” is already making waves over social media, another exciting teaser of his much awaited movie Raees is now out!

The rowdy Raees look of the Badshah of Bollywood Shahrukh Khan is surely the perfect pre-eid treat for his fans that were eagerly waiting to catch a glimpse of King Khan’s latest avatar.

The teaser will surely set your heart racing for more!  It has a spooky, thudding background score and amidst eerie smoke, emerges the gangster-styled Khan with a club in his hand and a fierce look, ready to beat anyone into pulp.

Watch the teaser of the movie here

What’s more, the Don of B-town earlier took to twitter to release two posters of the upcoming thriller Raees and unveiled his bearded, bespectacled gangster look.

“The man in black travels with your soul in his pocket“ Stephen King. V hav both White & Black in us, choose wisely. pic.twitter.com/Excr2eW7fD

SRK definitely looks all rough and tough with his hair gelled, wearing that heavy stubble, Pathani Kurta and 70’s style glasses as he sits like an emperor on a throne outside what seems like a warehouse-like place.

His classy cold-blooded and authoritative, thug look is making us even more eager to catch a look at the avatar of our very own Humsafar haseena, Mahira Khan who is playing the role of SRK’s wife in the film.

A production of Excel Entertainment and direction of Rahul Dholakia, Raees will raise the curtains on Eid 2016 and will possibly clash with Salman Khan’s “Sultan”.

Stay tuned to Brandsynario to catch more scoop on Raees.