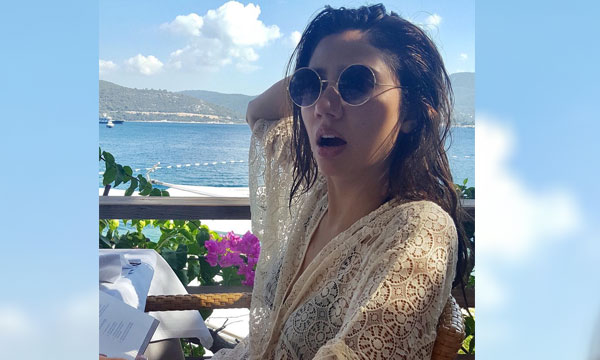 For some reason, the internet gets offended with everything that Mahira Khan does these days. If she looks good, people have an issue.

Since her pictures with Ranbir Kapoor went viral, people react to everything that she does as if it is a crime.

Though there are people who love her, support her and appreciate her for her hard work, there are trolls who probably just out of envy, keep throwing absurd comments at her.

BUT WE CAN’T DENY THAT KHAN IS GIVING US MAJOR BEACH GOALS IN THESE PICTURES!

The pictures hit the internet and people just decided to flood them with harsh comments.

This is how some people reacted:

For some reason, all of these people had an issue with her ripped jeans, because DUHHHH!Don’t you know people wear ghagra cholis to the beach?!?!!

We are glad that these comments from people don’t even matter to our celebrities anymore! After all, “kuch to log kahaingey, logo ka kaam hai kehna!”

It’s sad to see that people these days have become so intolerant that they can’t even see people enjoying. What we are trying to say over here is that Mahira is not harming anyone by wearing whatever she wants to wear, or it’s no crime to go to the beach but people are offended as if she has done a crime.