Home Entertainment Celebrities Mahira Khan’s 7 Performances that Prove She is More than Just a...
Advertisement 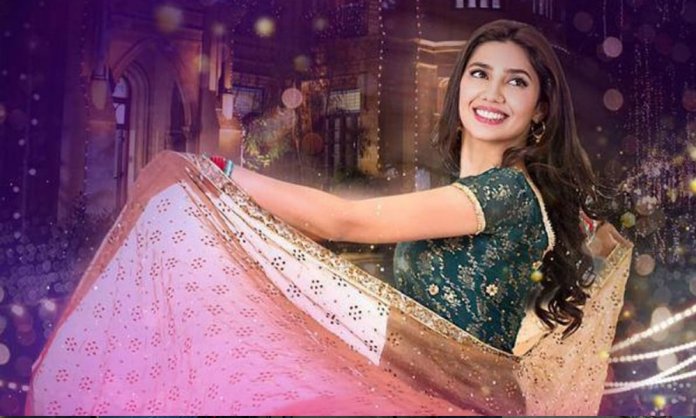 Making waves with her latest Bollywood debut singles “Udi Udi Jaye’ & ‘Zaalima’, the Queen of Pakistani entertainment industry, Mahira Khan makes people fall head over heels wherever she goes. Flaunting that gorgeous eastern innocence blended with a modest personality and overpowering acting talent, Mahira has become the apple of everyone’s eyes, be it Pakistanis or Indians.

With powerful performances under her belt, the starlet has proved time and again how she is more than just a pretty face and we couldn’t be more proud.

Giving a tough time to all the big-wigs of the entertainment landscape, fans simply cannot stop raving about the splendid Khan. She has undoubtedly become one of the most coveted personalities in Bollywood and Pakistan.

Here are 7 best performances by the super sassy, Mahira Khan that prove she is not all makeup & glamor, she is the ‘Real Deal’!

Whether you are a Mahira Khan fanatic or not, you will most likely be aware of her flawless performance as Khirad in Humsafar.

Bringing the viewers to tears with her soul-stiring performance as Khirad in the drama, the actress roped in millions of fans and Humsafar became her golden ticket to success!

Post Humsafar, the actress became an overnight star and a household name. Khirad and Asher truly stole our hearts in the show.

Mahira’s outstanding performance in spiritual romantic drama serial based on the novel by Umera Ahmed, Shehr-e-Zaat, proved the actress can pull off any character effortlessly and with class. The actress bagged the Best Actress Award at Hum Awards & Pakistan Media Awards for her role.

Playing the role of a stubborn, arrogant girl Falak, Mahira Khan set new highs of acting, unmatchable by any Pakistani actress until now.

View one of the best scenes from the serial here

Stealing our hearts with yet another romantic classic, Mahira Khan won us over as the innocent and loveable Shano in Sadqay Tumharay.

Based on the true life of events of the writer, Khalil ur Rehman, this tragic love tale became one of the highest-rated shows on television.

The Queen of hearts made her film debut in a supporting role in BOL. She graced us with her charm and heartwarming innocence, quite similar to her characters in Humsafar and Sadqay Tumharay. The film ranks amongst the highest grossing Urdu films.

The starlet graced the silver screens yet again in the coming-of-the-age flick, Ho Mann Jahaan earlier in 2016. Breaking her stereotypical ‘girl next door’ avatar, Mahira as Manizeh, played a young, modern and ambitious college student.

Also starring Adeel Hussain and Shehryar Munawwar in lead roles, the film revolves around a friendship developed through shared experiences, passion for music and the aspiration for fame.

The doe-eyed beauty made us fall head over heels as the bubbly and chirpy Saba in Bin Roye! From her screen presence to her dialogue delivery, Mahira was truly flawless.

Oh and don’t forget, just how gorgeous she looked on the big screen, making her completely worthy of the Best Actress accolade at Lux Style Awards & Hum Awards. We totally loved her!

Last but definitely not the least, Mahira’s upcoming Bollywood flick Raees, opposite SRK is all the rage and we just CANNOT wait for the movie. Killing us with her sultry smile and super sexy moves in Zaalima, fans just couldn’t stop gushing over the Pakistani beauty.

SRK & Mahira are literally setting the screens on fire! Oozing with effortless chemistry, Zaalima and Udi Udi Jaye has definitely intrigued the viewers. The starlet plays Shah Rukh’s wife in the movie.

Raees was a blockbuster film, causing Mahira to earn her way to the ranks of top Bollywood actresses!

Are you a crazy Mahira Khan fan like us? Share your favorite Mahira Khan moments in the comments below.