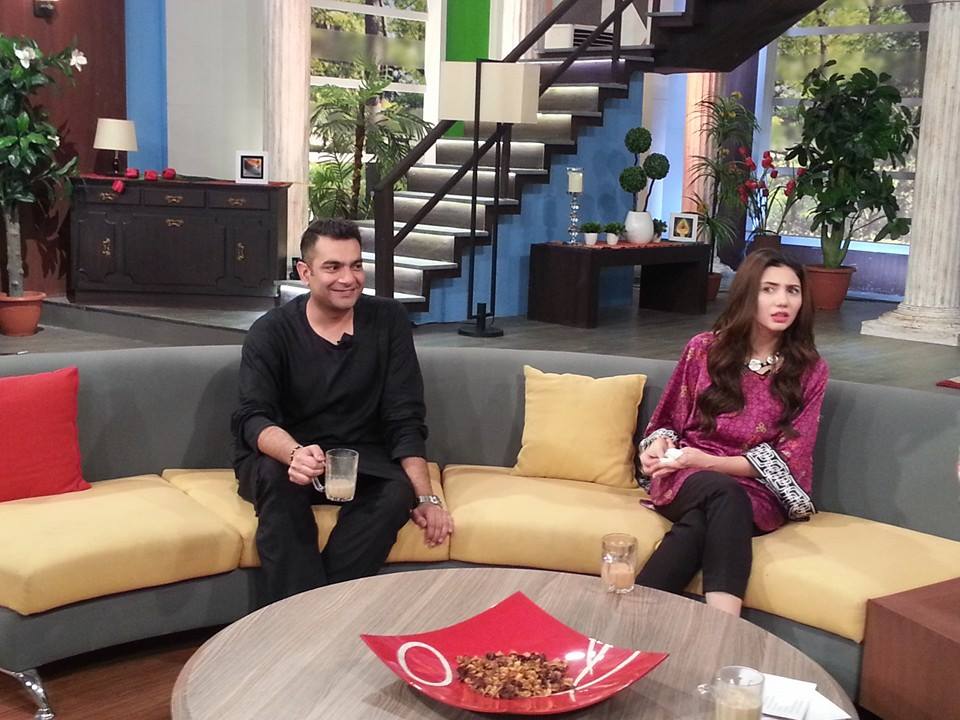 Focusing on the rising trend of women empowerment in Pakistan, Geo Kahani has launched its morning show titled, Subh Ki Kahani, hosted by Madiha Naqvi and guess who was the first guest?

It was none other than the hottest diva in town – Mahira Khan with her co-actor/director, Sarmad Khoosat. Mahira and Sarmad attended the show’s first episode to promote their upcoming Pakistani movie, Manto – based on the life of the legendary Urdu poet, Saadat Hassan Manto.

Subh Ki Kahani airs from Monday to Friday at 9 AM to 11 AM.

Written by Shahid Nadeem and directed by the famous Sarmad Sultan Khoosat, the film will unleash the writer’s journey of life after the Independence of Pakistan. Also, the plot of his biopic aims to eradicate the misunderstandings about Manto that the society upholds.

What’s more, the coveted avatar of Manto in the movie is donned by Sarmad himself. Alongside him is the crème de la crème of the nation’s entertainment industry; featuring Sania Saeed as Manto’s wife, Saba Qamar as Noor Jehan, Hina Bayat, Mahira Khan, Nimra Bucha, Humayun Saeed, Savera Nadeem and Faisal Qureshi.

The veteran voices of Misha Shafi, Zeb Bangash, Javed Bashir, and Ali Sethi have attended to the movie’s playlist.

The show, Subh Ki Kahani, will focus on Pakistani women who have accomplished great things. Launch week guests will include women who are the best or leaders in their field (actresses from TV & Film industry, musicians, VJs, female heroes of Pakistan, and women from the Fashion & Beauty industry).