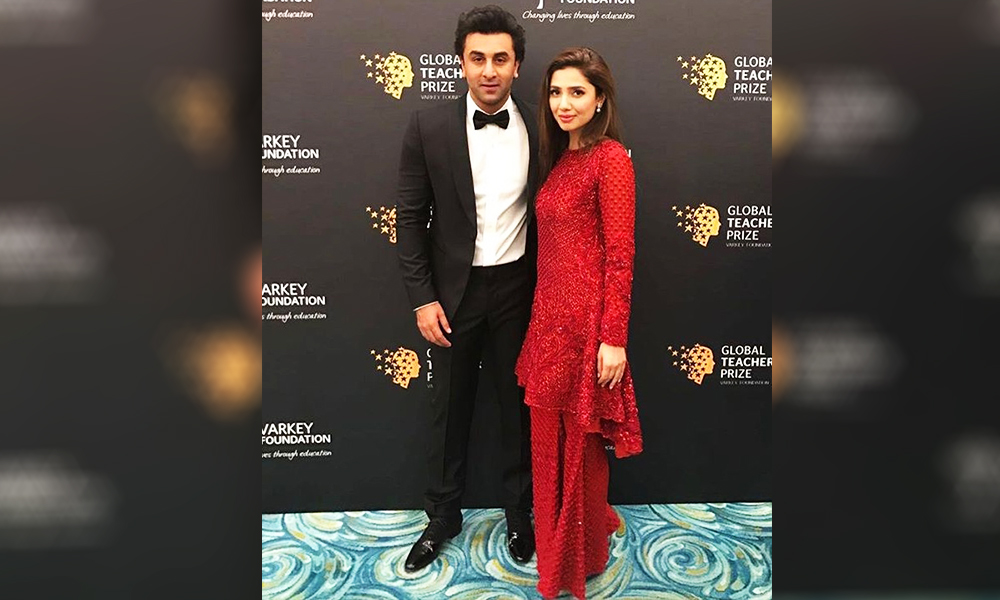 Pakistani heartthrob Mahira Khan and Bollywood star, Ranbir Kapoor were seen having a gala time in Dubai for the Varkey Foundation’s Global Teacher Prize Event. Ranbir was taking a break from shooting for Rajkumar Hirani’s next.

Mahira and Ranbir at the Event! Mahira was seen backstage at the event with the Ae Dil Hai Mushkil Hai star, it does seem like she is pleading for something!

Watch the video to find out

Here’s another Video of the two together!

We are totally trying to figure out what’s cooking between the ‘Raees’ leading lady and Ranbir. We’d love to see the two in a Bollywood movie!

Mahira also delivered a speech in support of women’s education, here’s what she had to say!