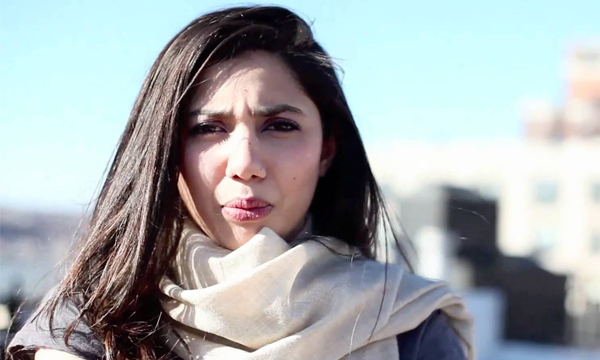 The sassy and suave starlet, Mahira Khan is no less than a role model for a lot of women in Pakistan today. She is pretty and popular. But like many young girls, she has been a victim of cyber-bullying various times. During her talk at TEDx Lahore Women, she addressed the pressing issue and won the hearts of the audience.

Seemed liked Khan went through a tough time when haters mocked her on social media.  She took the opportunity of finally sharing her story at TEDx Lahore Women.

“I got trolled and trolled bad, every day I would open up my social media accounts and read something which would upset me”

@MahiraKhan to speak at #TedxLahoreWomen event. Happening now in Lahore. An event powered by @troikaevents

You will be shocked to know that Khan went through panic attacks, being a victim of cyberbullying.

“But one day I had a panic attack, I thought I would die, I couldn’t breathe”

However, she rose stronger and took notice that how all the upsetting comments on social media were affecting her.

Soon she realized that she needs to block all the negativity as it was all a lie.

” And let me tell you one thing, it wasn’t pretty. But what it definitely wasn’t is that it wasn’t -real, it wasn’t the truth”

Watch what she said here!

The Humsafar haseena also opened up about being bullied at school and how it hit her hard as a young girl.

#MahiraKhan opens up about being bullied in school #TedxLahoreWomen #WomenEmpowerment

The actress had a fun time socializing with the crowd after her talk!

After hearing Mahira Khan’s story, we cannot help being more proud of the actress.

Recently, she faced a lot of backlash in India with the recent ban of Pakistani celebrities in Bollywood. Haters and trollers did not spare her on social media. But Khan did not remain silent and hushed them all with the most awesome replies.

Now the latest buzz is her Raees movie, featuring SRK will soon hit the cinemas in India. The news has been confirmed by Farhan Akhtar who has declared that Khan is very much staying in the movies and is not being replaced by any other actress!

More power to our favorite, Mahira Khan! You go, girl!