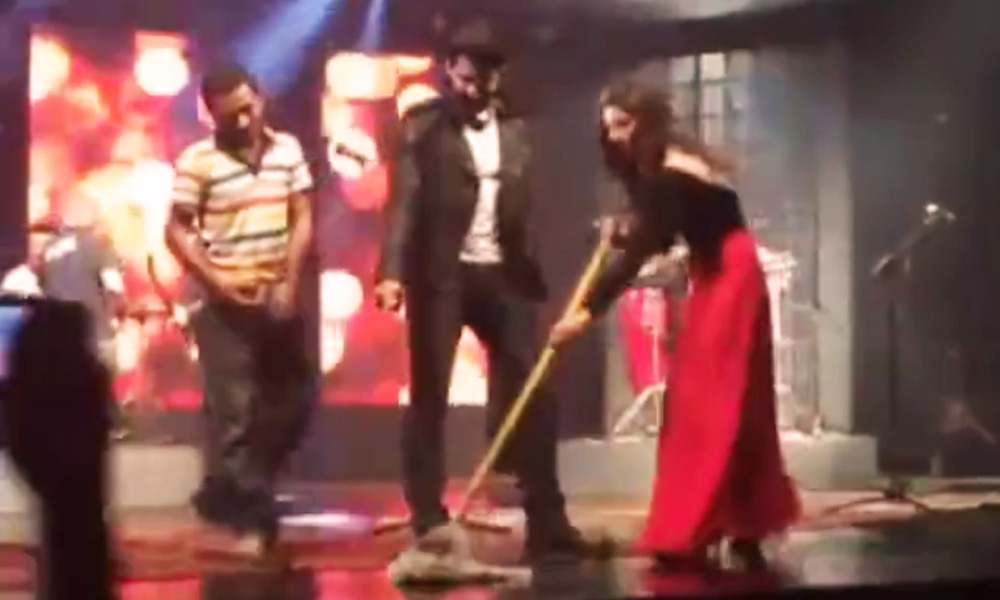 Mahira Khan, Pakistan’s sweetheart, has proved that she is just an everyday gal – and every man’s dream, I might add. Who doesn’t love a movie star, with looks like Scarlet Johanssen and a sassy personality to match? Her latest video shows Mahira cleaning up the stage on the sets of the upcoming Pakistani movie ‘Ho Mann Jahan’.

Ho Mann Jahaan NOT to Release on Eid-ul-Azha?

Mahira shared the video from her official Facebook and Instagram accounts, in which she can be seen vividly sweeping the floor clean off of dust. A source from the sets claimed that the actress had resorted to the act since a cleaner had not arrived and it was getting late. Never one to be shy of doing odd jobs, Mahira took to the broom herself.