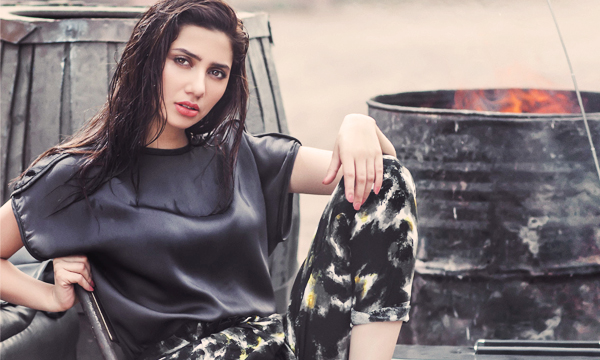 The Pakistani sensation Mahira Khan is making hearts race and we know none can stay unimpressed by the diva’s innocent beauty, riveting charm and unmatched talent! Not only has she cast her magic on Pakistanis, the diva has a huge international fan following and we are so proud. A British-based newspaper Eastern Eye recently revealed the list of top 50 ‘Sexiest Asian Women’ this year and Mahira Khan has ranked 9th alongside the A-list Bollywood actresses, Deepika and Priyanka Chopra!

The epitome of beauty, Mahira Khan is blessed with extraordinary acting talent and coupled with her ultimate looks and charm, Mahira Khan is totally worthy of this rank!

Exuding confidence and grace, Mahira can do it all!

From a single mother to her stellar performances and now a Bollywood movie under her belt, there is no stopping for the leading lady.

It is a true honor to not only be mentioned alongside ace names of Bollywood but also beat them. Making the list are Kareena Kapoor at number 13, former Miss World, Aishwarya Rai ranked at number 19 while Nia Sharma secured the third position; Anushka Sharma ranked 42nd in the list.

The latest trailer of her upcoming Bollywood movie Raees alongside SRK has sent Mahira’s fans into a total frenzy! Sexy and charming, the actress is a true emblem of eastern beauty, talent, and brains.

Not only Pakistani actresses, Mahira is also giving Bollywood actresses a run for their money! What’s next for the overachiever Mahira Khan, is what we all wonder!

10 Times Mahira Khan Proved That She is Best Friends With All Celebrities!

Keep rocking Mahira, We love you!