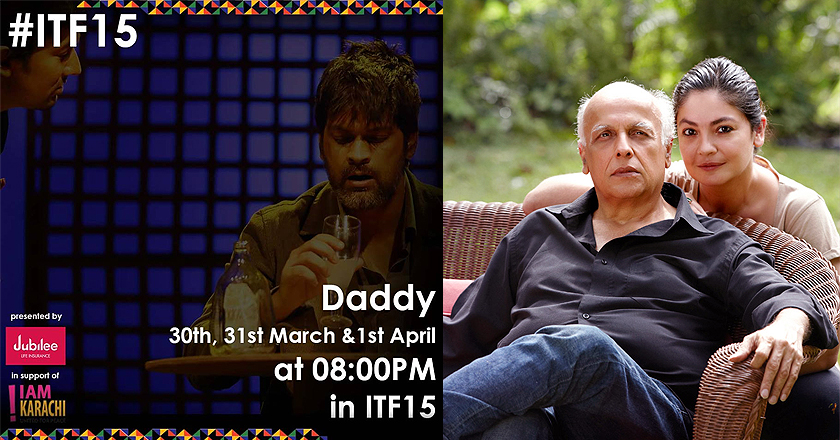 Indo-Pak enmity continues to subside as the entertainment industry from both sides of the line (of control) strive to work together. This time, it’s big screen Indian director Mahesh Bhatt making the news.

Bhatt along with his daughter Pooja have come to Karachi to promote the theatrical world by being part of the NAPA International Theatre Festival (ITF). They are set to play ‘Daddy’, which is based on Bhutt’s 1989 film of the same name.

Reportedly, Mahesh and Pooja Bhutt are accompanying their cast and two other theatre groups from India.

Zee News reported that Mahesh Bhatt was thankful to the Pakistani government for clearing visas for all Indians in the ITF.

The festival is being organised by NAPA Repertory Theatre Play. Besides “Daddy”, the other two Indian plays that are supposed to be staged at the festival are “Kasomal Sapno” and “Tum Kaun”, which is Indo-Pak collaboration.